“Kevin has been instrumental to the development of aboriginal tourism in Ontario by spearheading the 2014 launch of Aboriginal Tourism Ontario—an organization with goals to create a provincial support system to grow aboriginal tourism,” a press release from the 2015 Ontario Tourism Awards of Excellence. “Through a variety other initiatives (both professional and in the community), Kevin has demonstrated his passion for tourism coupled with business development, and as such exemplifies what it means to be a tourism champion.”

The Tourism Industry Award of Excellence Tourism Champion of the Year Award isgiven to an individual who embodies the spirit of tourism in Ontario. As the award description indicates, this person should be directly involved with the industry (as an employee, business owner, volunteer, advocate, etc.) and be able to give evidence of their contributions.

“It’s incredibly humbling to be nominated and to win an individual award such as Tourism Champion of the Year, but as is usually the case with most award nominees, there’s usually a solid team working around them,” Great Spirit Circle Trail (GSCT) CEO Kevin Eshkawkogan told The Expositor. “My colleagues at the Great Spirit Circle Trail (GSCT) have been great to work with on the initiatives we’ve collectively taken on. Without a solid team and open communication within that team, there can’t be a champion leading the way. I’m grateful for the team around me. They get it and are a pleasure to work with while we try to trail blaze and grow the economy for all and attempt to improve the socio-economic conditions of all in our region.”

“I’m not quite sure what has warranted an award for me individually as Tourism Champion of the Year as I’ve just been diligently doing my work to grow the Aboriginal Tourism Industry as a whole, and not just for the last year, it’s been since the beginning of my time being involved with the GSCT back in 2003,” continued Mr. Eshkawkogan. “Regardless, it is nice to have someone appreciate the work being done. ”

“I live my life the way I’ve been taught: give everything you do your best effort and take pride in your work,” he explained. “From my days with three jobs as a 13-year-old to sweeping basements eight hours a day in what seemed like a never ending supply of sawdust in a Chapleau sawmill, I’ve taken pride in the work ethic my family instilled in me and have tried my best to do my best for my employers and the people I work for. This award nomination is a testament to my hard working family members who have come before me, those still working hard around me, my family that supports me when I’m working hard, and all those trying to do positive work to help others alongside me. To me, it’s not about me, it’s about all of them.”

“As is the Anishinabek way, I feel awards such as this one are truly reflective of the work of the collective,” concluded Mr. Eshkawkogan. “No one person can do it all on their own. With support from family, co-workers, and community members, and by supporting each other, we can all collectively accomplish great things.  We are all champions in our own right.”

NeONT was also a finalist for the Tourism Print Collateral Award as well as the Tourism Digital Marketing Award.

“I am very proud that our Big Adventure Guide was nominated as one of the top three finalists for the Ontario Tourism Award of Excellence in the Tourism Print Collateral category,” said Donna MacLeod, NeONT executive director. “We were also been nominated for the Tourism Digital Marketing Award for our work on the Northern Portal with Ontario Tourism Marketing Partnership Corporation (ONTMPC), Tourism Northern Ontario (TNO) and our Northern partners.” 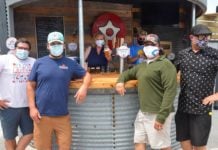 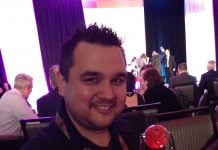