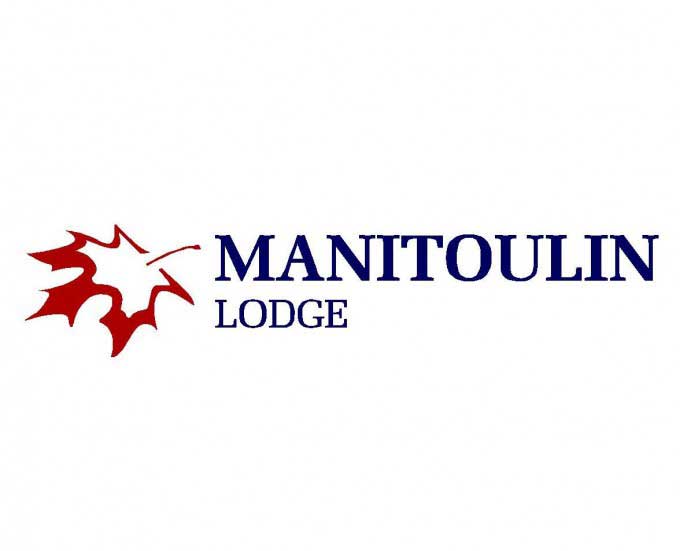 GORE BAY—An employee of the Manitoulin Lodge Nursing Home in Gore Bay has received the Dragon Lady Award, the highest honour that one can receive from Jarlette Health Services.

Gloria Hall, “lives and breathes the Lodge,” stated Lee Turley, Lodge administrator, earlier this week. “There is a lot of history behind the Dragon Lady Award,” he explained. “It is the highest award Jarlette Health Services presents  to its employees and the award goes to a deserving person that goes above and beyond in their job, which Gloria certainly does.”

Mr. Turley explained  that, “Alex Jarlette was visiting China about 20 years ago, and found out and learned about this high recognition award there and adapted it for the company and its employees. And Gloria certainly deserves this award.” He noted the award is not given out on an annual basis, only when the company deems an employee worthy of the recognition.

“In China, dragons are associated with strength, health, harmony and good luck,” said Julia King, chief operating officer of Jarlette Health Services in her address at Ms. Hall’s award presentation last week. “The dragon person has an active mind and shows an unfeigned interest in the world around them. This person is also self-confident enough to know how to create a necessary impression. Because they are larger than life themselves, dragon people like to do everything on a grand scale. They will stop at nothing to get what they want. They are capable of great achievements if they know how to harness their own tremendous energy, intelligence and talent. While these people enjoy being the centre of attention, they also have a brave and charitable side to their personality.”

“If a dragon’s friend faces a problem or dilemma, they will be there to offer help, and when others leave the field of battle the dragon takes a step forward to solve the problem with authority and dignity. Dragons set a high standard of actions for themselves as well as for other people,” said Ms. King.

“The people who are recognized with the Dragon Lady Awards at Jarlette Health Services have exhibited great effort in what they do, always going above and beyond and contributing to our core values: of “Everything we do is with commitment and passion, treating people with respect, striving to always do the right thing and being proactively accountable and responsible, they exude these behaviours and they really do make an outstanding difference in the lives of others.”

“We have a number of individuals who have previously been honoured as dragon ladies within the Jarlette Health Services organization,” continued Ms. King.

Ms. King explained that Gloria Hall first started with Manitoulin Lodge in October 1986. Today, as the Life Enrichment Co-ordinator, Gloria remains enthusiastic, leading the department and consistently going above and beyond as an ambassador for Manitoulin Lodge, creating such positive energy that motivates everyone…staff and residents alike.”

“Team members at the Lodge often joke that ‘there is a piece of Gloria in every part of the Lodge’,” said Ms. King. “Gloria can always be counted on as a dedicated team player, assisting with events, helping other departments and being active within the community promoting the work of the lodge. Gloria has many community connections, most likely due in large part to all of the committees she is an active member of, both inside and outside of work.”

“Everyone within the local community knows Gloria works for Manitoulin Lodge, not because she boasts about her job, but because of the involvement Gloria has within the community. Gloria was a key player in getting the Angel Bus for Manitoulin, which has proven successful in giving the residents “wings-” allowing them to remain a part of the community, enjoying special outings and activities they previously weren’t able to,” said Ms. King.

“Additionally, Gloria is actively involved in the Gore Bay Loan Closet, a lending library of various equipment including a wheelchair and walkers. Gloria is actively involved in the work of the Canadian Cancer Society and VCARS. Gloria has close ties to the community and often markets our home at the same time. The community simply would not be the same without Gloria,” said Ms. King.

“Never missing a beat, regardless of what is on the go, when faced with a challenge at the lodge, Gloria is always quick to say, what can I do and offer her help, regardless of the task at hand,” continued Ms. King. “Gloria has proven her commitment to Jarlette Health Services and demonstrates daily her ongoing dedication to ensure quality care for all of our residents. Gloria goes above and beyond in every interaction. Her heart and soul are devoted to improving the residents’ (and families’) lives as evidenced by her desire and drive to provide all the residents with programs they want. She spends multiple hours on site, both paid and volunteering and never, ever says no to helping out with different events.”

Ms. King explained, “Gloria does not have a team of individuals in her department. She is quite literally a one-woman show! Gloria pours her heart and soul into the lodge and thinks nothing of putting her residents before her own personal life.”

“Over the 30 years at the Lodge, Gloria has seen just a change or two, well maybe three or four,” said Ms. King. “Through it all, Gloria has remained a constant, with a passion and commitment for the Lodge and our residents.”

“There are a  lot more people that deserve this award more than I do,” Ms. Hall told the Recorder. “But I was very happy to receive it. What I do is for the residents, they are my main focus, and for Jarlette Health Services.”