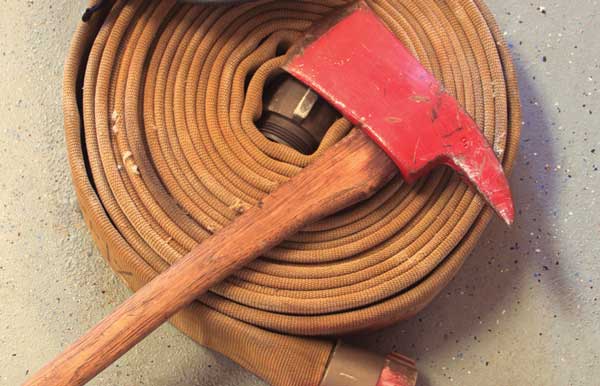 MINDEMOYA—Each member municipality within the Manitoulin Municipal Association (MMA) is being encouraged to discuss with their fire departments the need for its fire fighters to respond to all dispatched fire calls.

“Over the years we’ve had a number of times where CAC (central dispatch) calls a fire department about a fire in their area where they (attend) the fire but don’t alert them they have responded,” stated John Reid, Central Manitoulin fire chief at a recent Manitoulin Municipal Association (MMA) meeting. “Then the dispatch, which makes two calls, then calls neighbouring fire departments down the line. All they (fire departments) have to say is they are responding to the call and it shuts this down.”

Mr. Reid explained, “when we start moving equipment and manpower the process is in place, and we respond not knowing if another fire department has responded to a call because they haven’t responded to the dispatched call. I know a couple of municipal councillors who are perturbed about this issue and felt maybe we should be going through the mayors and reeves to fire chiefs, that they have to respond to these calls.”

“I have no problem in getting equipment and guys to a fire when help is needed and requested through mutual aid,” said Mr. Reid. “But that initial call isn’t mutual aid, and if a fire department doesn’t respond the communication centre keep going down the line to neighbouring fire departments.”

Mr. Reid told the meeting, “we had a situation in a neighbouring community a month ago, that we got called to respond to a fire, and when we got to the scene the fire department there was already on the scene.

Paul Moffatt questioned as to whether mutual aid would kick in if a called fire department got to the scene and no one was there. This is something that has happened previously, noted Mr. Reid.

“My understanding is our fire departments are not supposed to go out of its area if they have not been called,” said Ken Noland.

“That is my understanding as well, if a fire department responds and it is not through mutual aid it is not covered  by insurance,” said Bruce Wood.

However, Mr. Reid said the CAC will keep calling a fire department in an area where a blaze has occurred, and if it doesn’t respond then it calls neighbouring fire departments down the line until the fire has been responded to.

Mr. Noland suggested the MMA could call someone from the Ontario Fire Marshall’s office to attend a future meeting to discuss these concerns.

Mr. Reid said Central Manitoulin has an agreement with Billings Township for example for each fire department to cover fires in a portion of the others area because they are closer. “The problem is when no one responds to the communications centre that they are responding to a fire when they are called out. We’ve responded to several cases over the years like this. It is because a fire department has not responded to an initial fire call.”

“We should take this back to our fire chiefs,” suggested Mr. Noland.

“That’s all it would take, talking to your individual fire chiefs,” said Mr. Reid.

“A few years ago there was a problem with communications at a fire in Rockville and there was a loss of life,” said Eric Russell. “The 10-15 extra minutes that it took to respond might have made the difference.”

The MMA passed a motion that each member municipality discuss with their fire departments the need to respond to all dispatched fire calls.