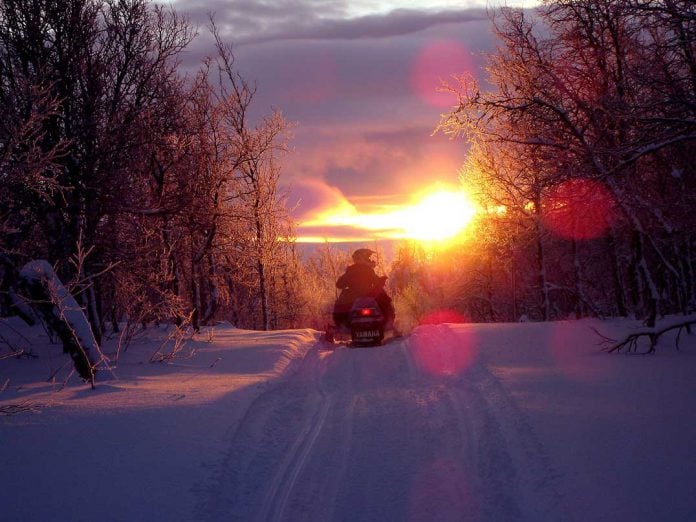 MANITOULIN—The Manitoulin Snowdusters Club Inc. is now searching for a new president, with the announcement by the former president of his resignation at a meeting last week.  The club held its annual general meeting and a regular monthly meeting last week.

“We need a new president,” stated club member Doran McVey, at the dual meeting of the board, both held September 16. The move to holding both meetings at the same time was precipitated by the Snowdusters not having been able to meet due to the pandemic.

At the annual general meeting, former club president Wayne Williamson stepped down. “It has been a good two years,” he said, but indicated he was stepping down.

Rick Bond, vice president, bade “a thank you to Wayne for the past two years as president and Sarah and their two boys. And, thank you to Kathy McDonald (secretary/treasurer) for all your hard work over the past year, and previous years.”

Mr. Williamson said he will continue to help with signage and trailwork with the club.

It was pointed out by Mr. Bond, “If we go three months with no president then we become a chapter of the district, and we lose everything we own and basically have no voice on the (district) board.”

Both the east and West End groomers are being serviced, as well as trails being prepared for the snowmobile season.

The club also discussed the possibility of providing a financial donation to the communities and township halls where the club annually holds its popular fish fries. These events were cancelled this year due to COVID-19, however both need financial support.

“I wonder if we should make a donation to both the Rockville Hall and Silver Water halls?” asked Mr. Bond at the meeting.

Doran McVey put forward a motion that was seconded, that the club make a donation of $200 toward the costs of operating both the Silver Water and Rockville halls.

As for elections, which took place as per the normal annual general meeting procedures, all directors elected in 2019 remain on the board for another year. The board includes Murray Duncanson, Ken Duncanson, Doran McVey, Brian Moser, Mike Skippen, Don Rosenburg, Dave Mack and Al Davy.

Mr. Bond will stay on for another year as vice president while Ms. McDonald will remain in the position of secretary/treasurer.

Mr. Bond asked Mr. Mack if he would take on the position of president for a year with the club; however, he turned down the request. And Mr. Davy was asked and he said at this point he doesn’t know all the Snowdusters Island trails well enough to take on this role.

“We need to see who we can find to take on the position,” said Mr. Bond.