MANITOWANING—The Manitowaning lighthouse (or ‘light station,’ as it never actually housed a keeper) has had a facelift, thanks to the lobbying efforts of Assiginack mayor and council and Algoma-Manitoulin-Kapuskasing MP Carol Hughes.

The light station saw work undertaken by the Department of Fisheries and Oceans (DFO), which owns the light, over the course of three weeks, with the finishing touches completed last week.

Assiginack Clerk Jeremy Rody explained that the light station was first scraped completely of its paint by the DFO crew then repainted white with the red trim also touched up. The DFO also replaced the plexiglass found in the tower with glass, which was paid for by the municipality. There were always at least two or three workers on-site over the three-week period.

Mr. Rody explained that Councillor Les Fields first brought the project idea to her council who agreed to begin lobbying. In the spring, Canadian Coast Guard representatives flew to Manitoulin to check out the light station and assess the scope of the work following a letter penned to the DFO from Ms. Hughes. The clerk said the municipality is viewing it as a Canada 150 project.

The light station is in active use and remains a beacon of light for boaters approaching the Manitowaning Bay marina. The DFO promised to return soon to trim any overgrown trees that may be impeding the light’s view over the bay. 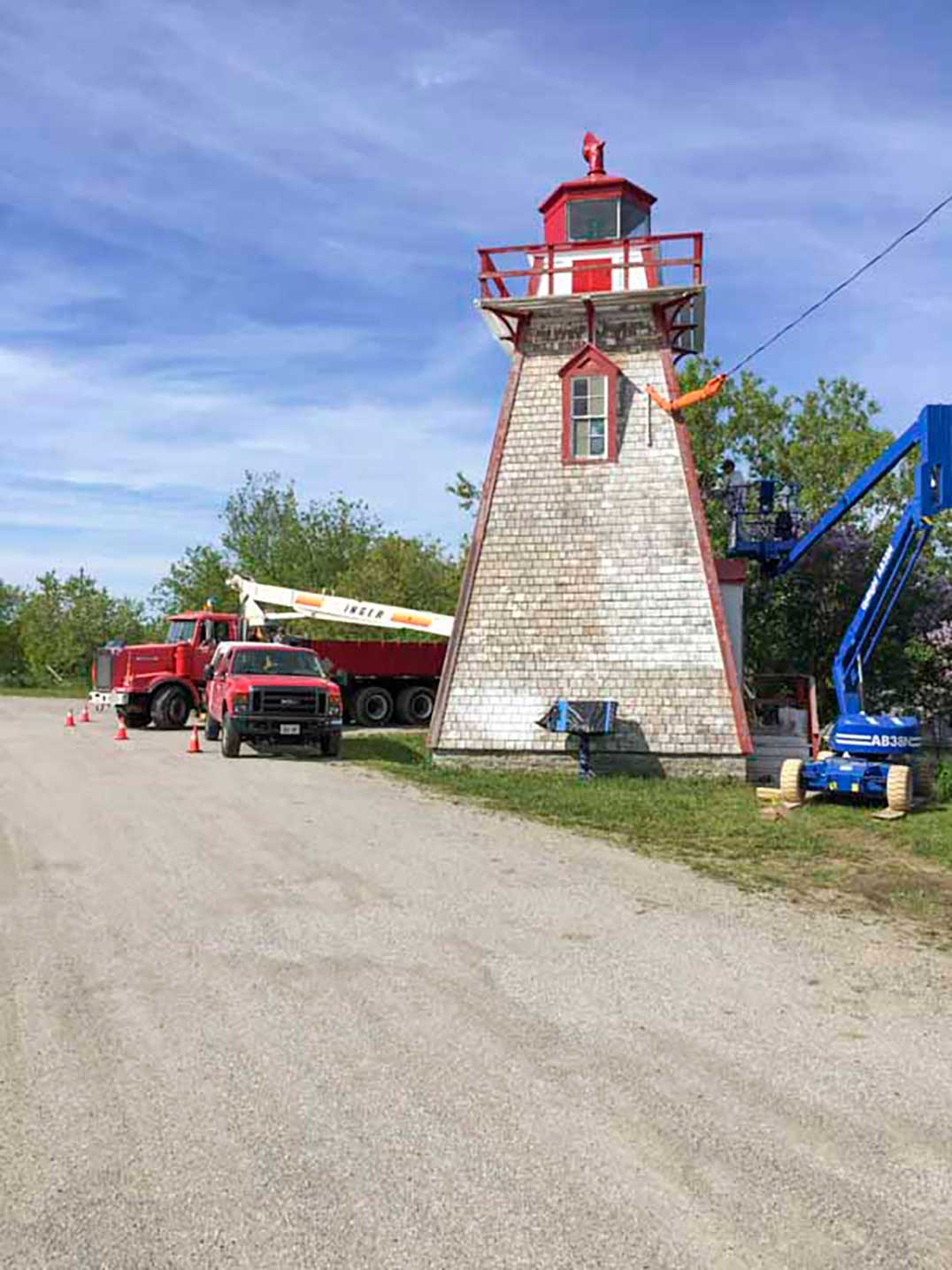