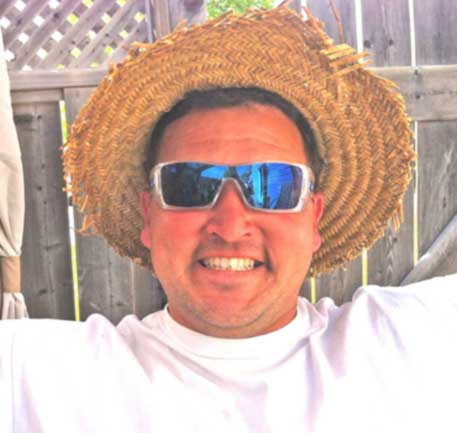 February 15, 1972 – January 24, 2017
It is with great sadness, that we announce the passing of Marcelo Vieira Correa of Ubatuba, Brazil (formerly of Little Current). He died suddenly in hospital in the city of Sao Paulo, Brazil on Tuesday, January 24, 2017 at the age of 44. Survived by his loving parents Sergio and Mariza (Vieira) Correa. Marcelo was born on February 15, 1972 in Rio De Janeiro, Brazil. Survived by his wife, Amber (Jewell) Correa and his much loved children; Ella Adreline, Jewell Correa, Cainan Sergio Correa and Ada Millie Dianne Correa. Cherished brother of Eduardo Correa and Fernanda (Rafael) Goncalves of Ubatuba, Brazil. Remembered by father and mother-in-law Robert and Eleanor Jewell and sister and brother-in -law April and Mark Aelick of Little Current. Special Uncle to Maria Julia and Ohana Goncalves of Ubatuba, Brazil and Cole Chisholm, Landon, Sawyer and Hudson Aelick of Little Current. Marcelo loved the sunshine and being outdoors. His favourite saying was “No shoes, no shirt, no problems!” He enjoyed life to the fullest and always had a smile and happy greeting for everyone. He was generous with his time and enjoyed working outdoors in the construction industry, first in Toronto and then on Manitoulin Island, Canada. Marcelo had a happy childhood in Brazil where he spent time at the mountains, on the beautiful beaches and in the ocean, surfing. His favourite sport was of course – soccer! At the age of 18 he enlisted in the Brazilian Army for 18 months where he served with honour. He then went on to study at University in Brazil and achieved a degree in business. Marcelo came to Canada after university and fell in love with his adopted country. He wanted to return to be with his precious children, whom he adored and was making plans to do so as soon as he could. Marcelo was a loving father who enjoyed every minute spent with our children. Please know how much Papi loved you, Ella, Cainan and Ada Millie. We will remember the smiles, laughter and love. A Memorial Service was held on Saturday, January 28, 2017 at 3 pm at the Royal Canadian Legion, Branch 177 in Little Current. A funeral service was held on Thursday, January 26, 2017 at 11 am in Brazil. Donations may be made to an education fund for Marcelo’s children, Ella, Cainan and Ada. Cash or cheques made payable to their mother, Amber Correa.