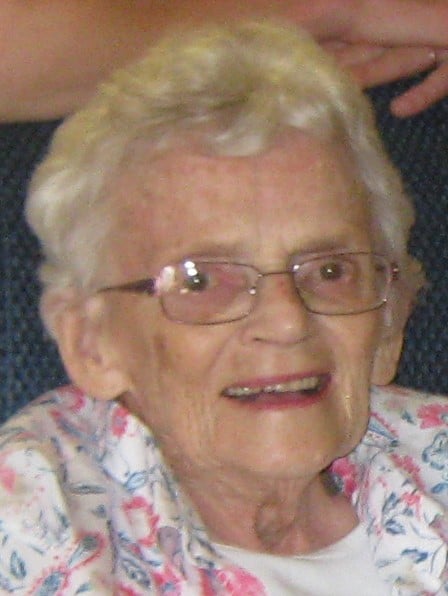 Margaret passed away peacefully on September 25, 2018 at Manitoulin Lodge, Gore Bay, with her family by her side, in her 90th year. She was born July 15, 1928 to Joseph and Margaret (Bell) Hester in Toronto. Survived by: her children Kelly (Merrillynn) Wilson, Paula (John) Mallea, Connie (Ken) Mackenzie, Willa Wilson; grandchildren, Aléna Wilson, Adrienne (Brien) Thomas, Katherine (Joe) Oliver, Alison (Gobinde) Soligo, Myda Egrmajer (Christos Constantinou), Ivan Egrmajer; great-grandchildren Fletcher and Seth Thomas, Jack and Norah Oliver, Miles, Madelena, and Arlo Soligo and also sisters-in-law Cathy Hester and Beulah Hester. Predeceased by husband Chester Wilson; parents Joseph and Margaret (Bell), brothers Jack (Elva)Hester, Joe Hester, Brian Hester, sister Lorraine (Johnny) Carr. Margaret always said she had a very good life and found much to celebrate, especially family and friends. She first came to Meldrum Bay from Toronto as a very young child and raised her family in Ice Lake. She worked at many jobs in and around Gore Bay and she and Ches built up a trusted business of their own. Margaret believed in the power of education and was so proud of the accomplishments of her children and especially the grands and great-grands. She will be greatly missed. As per Margaret’s wishes, cremation has taken place. In lieu of flowers, donations may be made to the Billings Library, Manitoulin Lodge Auxiliary or Rotary Club Gore Bay (Gore Bay Medical Centre), and may be made through www.simpsonfuneralhome.ca.