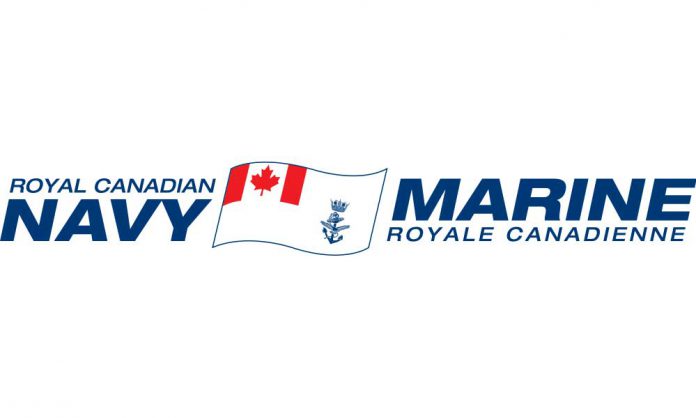 He joined the Manitoulin Sea Cadets as a youth, which encouraged him to join the Royal Canadian Navy at 18 years of age after graduating from MSS.

“I wasn’t sure what I wanted to do after high school,” Master Seaman Cosby told The Expositor, “but I knew I didn’t want to spend a bundle on school when I wasn’t sure. I had enjoyed being a Sea Cadet and decided to sign up for a trade with the navy. I went to the recruiting office in Sudbury and joined.”

Master Seaman Cosby was posted to Esquimalt, BC, where he has remained and where he was trained as an electrical technician.

“I like the navy,” said the 30-year-old. “As an electrical technician I’m responsible for the operation of a ship’s electrical power generation systems, lighting, electrical equipment like the control system.”

He is currently stationed on HMCS Calgary where he has been for the last two years.

In 2009, Master Seaman Cosby was deployed on HMCS Winnipeg on an anti-piracy mission with NATO in the Gulf of Aden. The Gulf of Aden is an important shipping lane crossed by an average of 20,000 ships a year, making it a prime target for Somali pirates.

The HMCS Winnipeg was one of five NATO warships that was patrolling off the Somali coast on an anti-piracy mission, joined by the United States, China and Russia which was carrying out similar operations.

In 2012, he was stationed on HMCS Regina and a part of the counter-terrorism mission in the Gulf of Oman, a strait that connects the Arabian Sea with the Strait of Hormuz which runs to the Persian Gulf and boarders Pakistan and Iran, Oman on the south and the United Arab Emirates on the west.

“As an electrical technician, my role in the missions is to keep the ship moving forward,” said Master Seaman Cosby. “I can’t really talk about the details of the missions.”

When asked what Remembrance Day means to him, Master Seaman Cosby found himself at a loss for words, but stressed that paying his respect for those who gave their life for Canada is important to him,

“I normally attend the service at my local cenotaph in Victoria, but I’m in Halifax for a course so I will be attending a service here,” he concluded.