ST. CATHARINES— Award winning filmmaker Dr. Shirley Cheechoo is no stranger to honours and accolades, but the announcement that she has been named the new chancellor of Brock University in St. Catherines took her a little bit by surprise.

“It is quite an honour,” said Dr. Cheechoo. “I am very honoured.”

Dr. Cheechoo said that she was not certain how she came to be nominated. “I received a phone call from the university asking if I would consider taking on the role, and I said yes, I would,” she said. “Maybe it was someone on the board who nominated me.”

Whoever initially put forward the nomination for the renown Cree filmmaker, the idea was inspired. Her nomination was unanimously endorsed by Brock’s Senate and Board of Trustees.

Dr. Cheechoo lives in M’Chigeeng First Nation with her husband and fellow artist Blake Debassige. As accomplished artist in several media, including stage, film and paint, Dr. Cheechoo has numerous awards to her credit and was selected for the prestigious Norman Jewison Film School at the Canadian Film Centre. She has also won accolades at the Sundance Film Festival and her latest feature film the 2012 ‘Moose River Crossing’ explores the impact of the residential school system and examines the scars left behind on several characters who, like Dr. Cheechoo, are survivors of that notorious system.

Dr. Cheechoo will be the university’s eighth chancellor in its 51-year history and both the first woman and the first aboriginal person to occupy the ceremonial post. She will be installed at ceremony on October 17 and is replacing businessman and philanthropist Ned Goodman, who has served since 2007.

“I never dreamt of being a chancellor of any university,” she said, “and I am proud and honoured to accept this position at Brock. I have had a rewarding career in the arts, and it’s for this reason I accept this challenge. I have always been involved in youth education, to help them find their path and achieve their dreams.”

Brock University President Jack Lightstone called her appointment “an historic moment” as Brock welcomed the acclaimed artist and humanist to its fold.

“We are thrilled to have her become the titular, symbolic head of our university,” said Dr. Lightstone. “Among other things, we are at a time when Brock is opening new state-of-the-art facilities for our Marilyn I. Walker School of Fine and Performing Arts, and Dr. Cheechoo’s artistic contribution to our understanding of the lives and experiences of the aboriginal peoples of Canada comes at a seminal moment in Canada’s evolution.”

At Brock, the Chancellor plays an inspirational leadership role aimed at advancing the educational welfare of students, including conferring degrees and awards at convocation ceremonies. 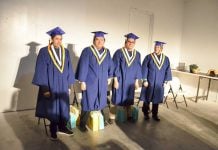 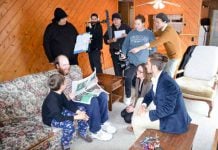