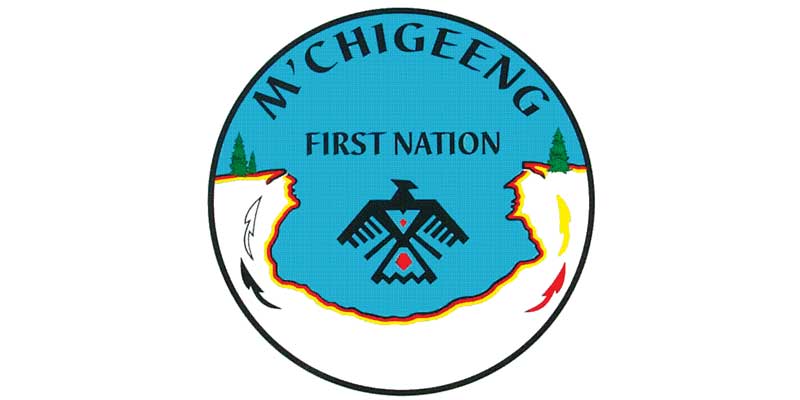 M’CHIGEENG—The case of the on again off again M’Chigeeng election has once again taken another turn after a former chief applied for intervener status in the settlement between the winner of the September 9 election, former Chief Linda Debassige, and the M’Chigeeng Election Appeals (MEA) committee that had appeared to have laid the matter to rest by setting aside the overturning the election by the MEA. The election has been called for April 21.

Former Chief Joe F. Hare filed a notice of motion for an order allowing him to stand as an intervener.

The grounds for Mr. Hare’s motion included Section 109 of the Federal Court Act. The case of Rothmans, Benson and Hedges Inc (with various affirmations) (a case that laid out some of the criteria for the granting of intervener status—essentially a question of whether anyone was adequately representing those being impacted by the case) and the Canada vs. Pictou Landing Band Council 2014, which also established some of the criteria for intervener status in common law.

In his submission to the court, Mr. Hare identified himself as an elder, retired chief and stated his band number. He declared himself a “proper person” to intervene in the matter, citing his birth in M’Chigeeng, his work in private business, for the Ontario Federation of Indian Friendship Centres, for the Department of Justice in Ottawa and for the Secretary of State. Along with personal details of his family, Mr. Hare noted that he had served as chief in the community for over 25 years, his election as a councillor and his position as deputy grand chief of the Union of Ontario Indians for three terms. He also noted that he is a trustee of the Robinson-Huron Treaty Annuities Claim and that he is an elder, a fluent speaker of Anishinaabemowin, a resource elder for the Kina Gbezhgomi Child and Family Services Agency and that he is a pipe carrier.

He also included the assertion that “I have no axe to grind.”

Mr. Hare went on to note that he is directly affected by the outcome of the election and that non-band members had voted in the election, affecting its outcome. Key to Mr. Hare’s application is that he asserted that “I will be affected by the submissions of the two parties, who are now essentially of the same position” and that “There will be no one to tell the court of the many, if not most, of the band members of this reserve respect the laws, including the Membership Code and the Custom Election Code.”

Mr. Hare went on to assert that there “may not be anyone to tell the court that there was undue pressure and intimidation by members of the community upon the members of the Election Appeal Committee.” Mr. Hare submitted a copy of a Manitoulin Expositor article ‘M’Chigeeng election tally will stand’ as Exhibit A in supporting this claim. That article cited the chair of the MAC as feeling that she had been bullied.

Mr. Hare went on to say that “non-members are not required to comply with Section 5 of the Membership Code which asks to verify their knowledge about the history, customs and traditions of the Anishinabek: therefore they are likely to diminish through their vote the enjoyment, survival and appreciation of our culture which will result in the continuing loss of self esteem of who I am as an Anishnabek.” He went on the assert that “Protection of my rights may not be upheld if this knowledge of the history, customs and traditions of the Anishnabek is not understood and appreciated.”

Mr. Hare asserted that band members were not being allowed to see the documents filed with the court by the Appeals Committee, only those of the plaintiff. “So I can bring transparency.”

The former chief said he would share all documents. He also said that “I see collusion as a result of both parties withdrawing from their agreement and the court order (setting aside the September 11 election).”

Mr. Hare cited the values of peace, order and good government (the preamble to the Canadian Constitution) and that he felt that “there will be a fundamental breakdown of the Rule of Law in this community as a result” and “there will be no one to trust.”

Since there will be no one left to argue these points following the compromised settlement reached between MAC and Ms. Debassige “our community will begin to flounder despite good managers in place.”

In addition to requesting that the original order invalidating the September 9 election be upheld, Mr. Hare requested that a petition referred to in the community be ignored “as non-band members signed the petition and not all band members had a chance to view it.”

Mr. Hare also requested that the court order “an independent review of the membership list in accordance with the Membership Code to be completed within one year to restore certainty.”

The submission to the court was sworn before Stacey Haner on January 27, 2018 as commissioner of oaths or as may be a lawyer.

In light of Mr. Hare’s submission to the court, the court would not entertain the minutes of settlement that the MAC and Ms. Debassige had signed off ordering the reinstatement. That settlement had both parties agreeing to recognize the September 9 election and to the reinstatement of the chief and council elected in that poll, with the three-year term to commence as of the September 9 date.

Arrangements for a new election to take place sometime before April 21 are now underway.