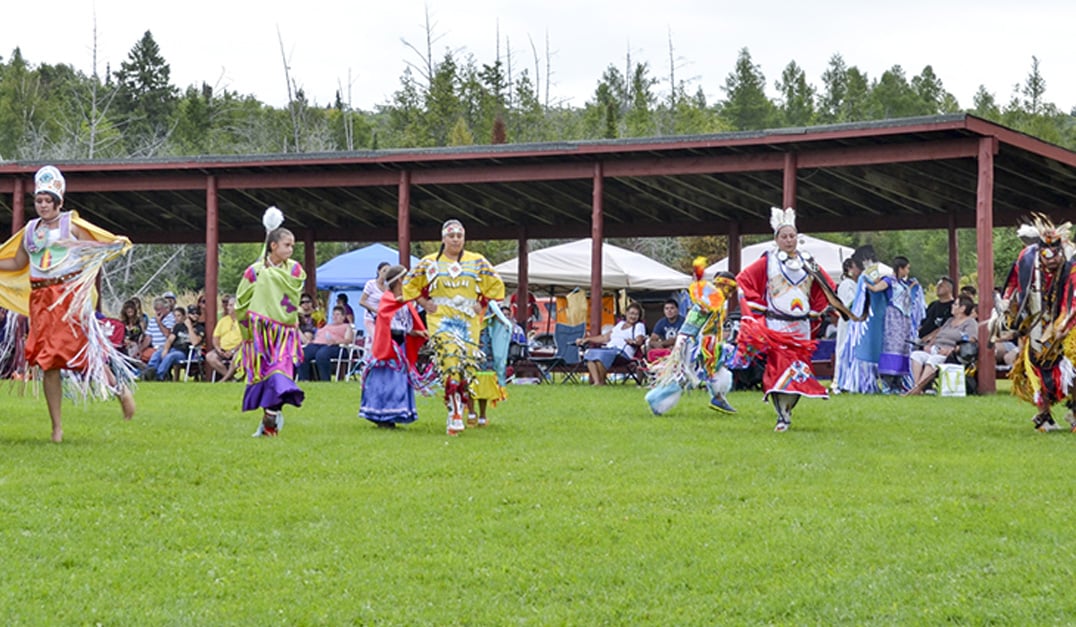 Master of ceremonies Chris Pheasant entertained the large number of visitors with stories of First Nation culture and shared the knowledge of powwow traditions.

Head veteran was Bill Antonie who, along with Elaine Migwans, was also co-head elder.

The 2015-2016 Miss M’Chigeeng Jolene Debassige was present for the powwow and walked in the grand entry.

The staff carriers included Ray Corbiere with the  Wikwemikong Eagle staff, Ray Jackson with the M’Niidoo M’nising Victory staff, Mawla Shawana with the Niigaanzijik staff, Garrett Peltier with the Wikwemikong Youth staff and Ron Yellowman with the Anishinaabeemowin Teg staff.