The walk began with a water ceremony along the shores of Lake Mindemoya. Josephine Mandamin spoke of the importance of water and the need to change the phrase ‘climate change’ to ‘human change,’ because of the impact humans have had on the climate.

On April 18, 2003, the Mother Earth Water Walkers began their 2,090-kilometre journey from Bad River, Wisconsin around Lake Superior. On their journey they carried with them a copper bucket of water and an eagle staff, which symbolized the traditional role in Ojibwe culture of women as water protectors. Along their journey, Ms. Mandamin said that they “found the majesty of the lake overpowering. It was so strong, so pure, so clear.”

The Mother Earth Water Walkers did not stop at Lake Superior. They journeyed around Lake Michigan in 2004, Lake Huron in 2005, Lake Ontario in 2006, Lake Erie in 2007, Lake Michigan again in 2008, and followed the St. Lawrence River from Kingston to the Atlantic Ocean.  The women walked a total of 18,549 kilometers throughout their journey of water awareness totalling 24,113,700 steps.

In 2011, the walkers decided to unite all the waters of Mother Earth. Walkers from each of the four directions travelled across North America to bring water from the Pacific Ocean, the Gulf of Mexico, the Atlantic Ocean, and from Hudson Bay. All the water was gathered in copper pails and hand carried to Lake Superior, specifically Bad River, Wisconsin, where the original journey began.

“It was a really wonderful day,” commented organizer Lynzii Taibossigai. “We had about 18 walkers participating throughout the walk.”

Ms. Taibossigai explained that throughout the walk the group stopped and prayed at each of the four directions and that the entire walk was 34 km.

“I was inspired by Josephine Mandamin and her walk in 2003,” Ms. Taibossigai told The Expositor of the history of the Lake Mindemoya walk. “I was in university and my roommate and I couldn’t attend, but wanted to help so we made posters. Then when I moved home to M’Chigeeng I spoke with Dora Bebamash and Elma Jean Migwans about holding a walk here and we started the Lake Mindemoya water walk.”

“There is so much water being polluted,” explained Ms. Bebamash of why water walks are important. “With walks like this, we are trying to bring awareness to the problem. It is not just a First Nation issue, but a global one—we need to all come together to protect our water.” 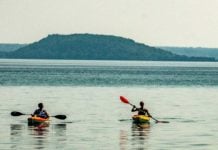 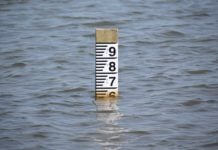 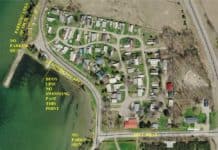 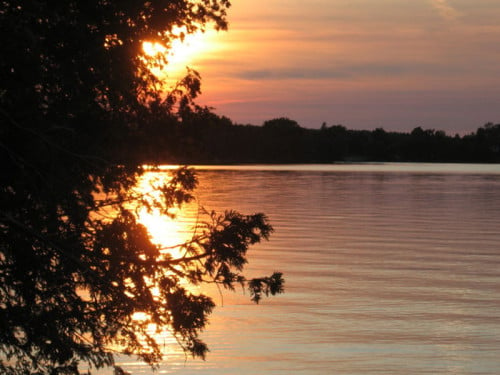