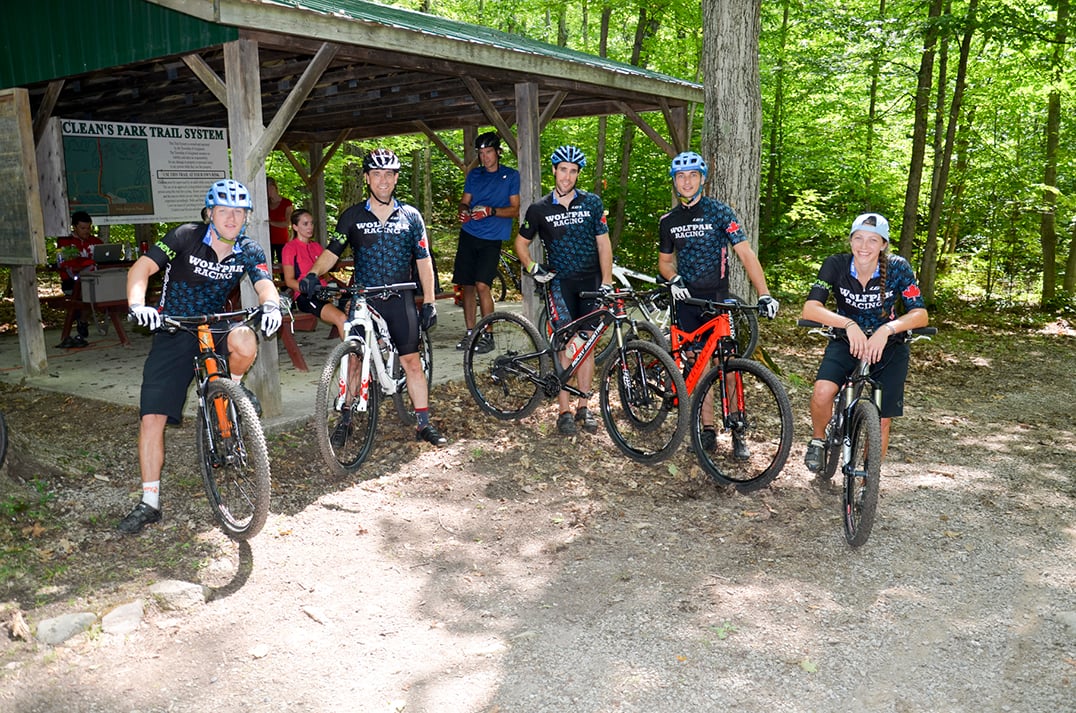 MANITOWANING— The sun dappled pathways of the McLean’s Park Mountain Bike Trails are filled with enough twists and turns for all their relatively level six-kilometre length to provide an exciting ride for both beginner and veteran mountain bike riders, making them a great location for a six-hour marathon mountain bike relay race.

The Fifth Annual McLean’s Six-hour Relay race took place August 22, running (…er cycling) from 10 am to 4 pm in a friendly competition to see how many laps of the challenging six-kilometre loop teams of two to four riders can complete in the six hour span.

This year eight teams took part in the competition, five two-person teams and three three-person teams for a total of 19 people racing.

Members of the Wolfpak racing club teased host Alex Anstice, calling it the Alex Anstice Mountain Bike Race, but Mr. Anstice demurred on that title, laughing and pointing out that the race is jointly sponsored by Lightfoot Bikes of Manitowaning and the Township of Assiginack.

The first place team, Gears and Beers consisting of Paul Guenette and Dominic Girard, topped out at 5:48.21, followed by the Wolfpak team of Andrew Jeffery, Alex Anstice and Jon Brunetti with 5:48:13 and third place (Gasping for) Big Air, that is Luke Jamieson, Brittany Durdle and Dale Wallace with 5:48:27.

If the times seem very close, it is important to note that this competition is more about camaraderie and a great afternoon cycling along the pathways of McLean’s Park than a cut-throat battle.

“It really is more about having fun,” admitted Mr. Anstice, whose Wolfpak teammates come from across the province and take part in a number of serious competitive events that span Ontario and beyond.