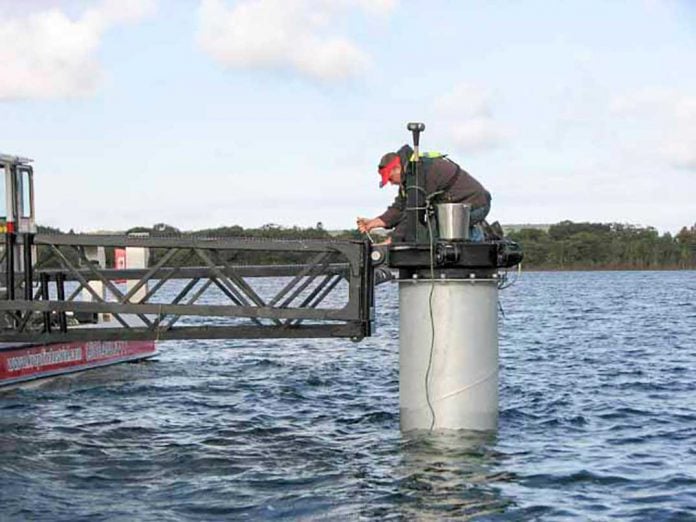 “It is a pleasure to be here today, to present (Meeker’s) with its fourth (Premier’s Award for Agri-Food Innovation Excellence) award,” stated Monique Legault, regional manager for the Ministry of Agriculture, Food and Rural Affairs.

“We would like to congratulate you on your wonderful invention,” said Ms. Legault. “Your sense of passion for the industry, and growth of your business is tremendous.”

Ontario is recognizing the work of local agri-food innovators whose ideas and passion strengthen their businesses, grow the agri-food sector, boost the economy and create jobs. 2016 Premier’s Award for Agri-Food Innovation Excellence recipients are recognized for their contributions to boosting economic growth in Ontario by creating new products that help to support job creation, add value to existing products and support a sustainable environment.

“Mike Meeker set out to revolutionize a pen that could withstand rough weather conditions,” the release continues. “The aquaculture pioneer invented StormSafe, a submersible net pen with a unique design that creates stability. The innovation makes it possible to submerge the pens rapidly when severe weather hits. Meanwhile, the pen’s larger size gives it another advantage over the competition. By improving offshore cultivation, Meeker’s StormSafe is a step in the right direction to support a more profitable Ontario aquaculture industry.”

The StormSafe Submersible cage can be submerged in under two minutes and brought back to the water surface in five minutes, all by operating one valve by the operator-whether they are right beside the cage or as far as 10-20 miles away. It is better suited than other cages to cultivating fish in more exposed locations.

The StormSafe is a hexagon with vertical spars that are far more wave resistant than standard floating horizontal tubes.

The StormSafe cage has caused a real buzz in the fish farm industry worldwide. Mr. Meeker said the cages have been sold or serious interest has been shown by operators in places such as Finland, Ireland, Scotland, Denmark, Sweden, the US, South America and other locations around the world.

The StormSafe Submersible was something that Mr. Meeker completely designed about 14 years ago and there is nothing else like it in the world. He didn’t have the time or money to go forward at that time. He designed the cage with the National Research Council in Canada and an Ontario company, Kropf, builds the cages, which he stressed were originally designed to benefit those in the fish farming business in Ontario.

Along with a plaque for the award, Ms. Legault presented Mr. Meeker with a cash award of $5,000.

Mr. Meeker told the Recorder that the king of Morocco is one individual that is very interested in the StormSafe Submersible cages. “Like many places around the world they (Morocco) can’t get enough fish to feed people. They are very interested in these cages to raise fish.” He will be visiting Morocco in mid-March. “They want to see an example of a cage in the water, and I agree with this approach-put in the water and demonstrate that it works.”

This was the fourth time Meeker’s Management has been awarded a Premier’s Award, the first being presented for its invention of the first submersible cage, Meeker’s Magic Mix, providing an organic product and now the new StormSafe Submersible cages. 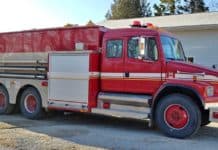 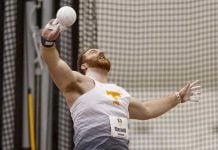