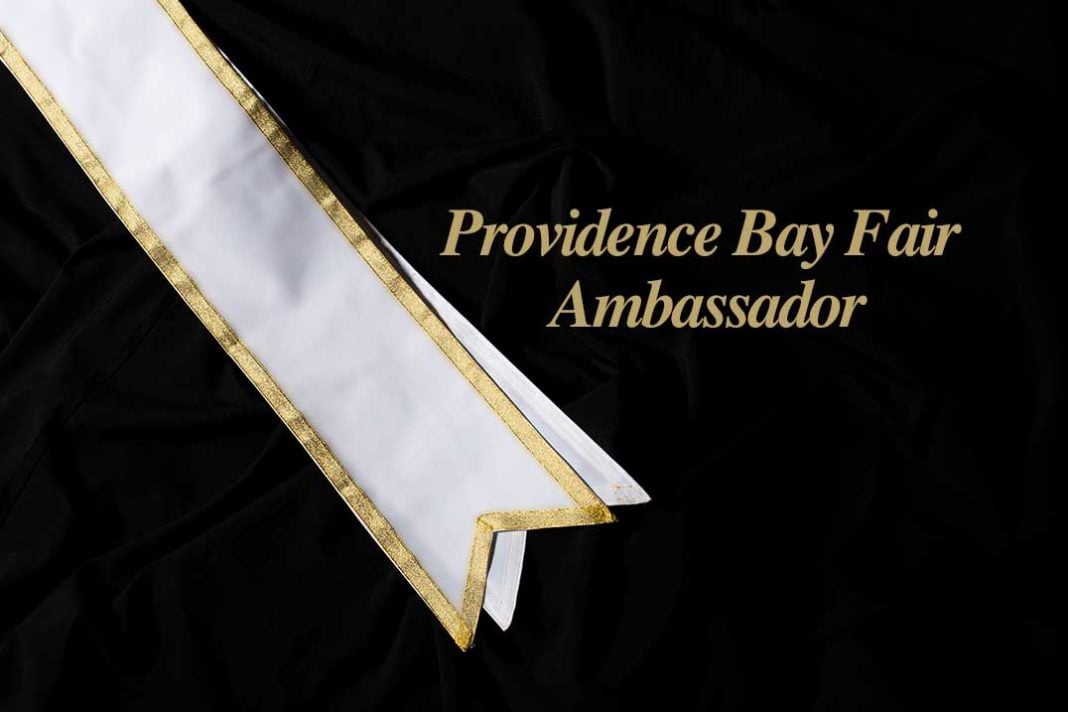 PROVIDENCE BAY – The Providence Bay Fair is once again upon us and with it the annual Ambassador of the Fair competition. This year, five Manitoulin youths will participate for the title and the chance to go on to represent the Providence Bay Agricultural Society at next year’s Canadian National Exhibition in Toronto.

This Friday night, August 16, will see Kyra Bayer of M’Chigeeng, Mackenzie Cortes of Little Current, Avery Sheppard of Mindemoya, David Hall of Gordon Township and Summer Beaudin of M’Chigeeng take to the fair stage where they will each give a speech to the judges about a topic that is near and dear to their hearts.

In her spare time, the 15-year-old enjoys beading, playing games, doing makeup, sewing, helping her mom and dancing at powwows.

Kyra cites her mom as being her biggest influencer because she has had a huge impact on her.

When asked about her favourite thing about Manitoulin, Kyra says, “It is a beautiful place to live. It is serene and we are surrounded by clean, fresh water and old beautiful trees.”

“Winning ambassador would mean a lot to me because I will represent my community with pride and represent Manitoulin Island.

Mackenzie Cortes is 16 years old and hails from Little Current. She will be entering Grade 12 in September.

When Mackenzie has time off she likes to play piano, go swimming, snowboard, rock climb, hang out with friends and eat food.

Mackenzie says her grandfather, the late Harold Morphet, is her biggest role model. “He made friends with everyone he met. He had such an outgoing and humorous personality and he was talented in such a wide variety of sports. I aspire to be as humble as he was about his success.”

Mackenzie’s favourite thing about Manitoulin Island is living in a place where there’s access to nature all the time. “I always have the chance to go swimming or hiking or anything else outside.”

Becoming the Ambassador of the Providence Bay Fair would mean “an amazing opportunity to learn more about agriculture and be even more involved in my community.”

Seventeen-year-old Avery Sheppard of Mindemoya will be heading into Grade 12 at MSS next month where she will be working toward her Specialist High School Major (SHSM) seal in agriculture.

Avery’s role model is also her grandfather, the late Ron Sheppard, who was “very hardworking, kind, smart and very successful with his company. He was like a second father to me. He taught me everything I know today.” Avery also admired her grandfather’s sense of humour and the fact that he could laugh, “no matter how impossible things may seem.”

Avery says her favourite thing about Manitoulin is “to be able to look out my back door and go fishing or hunting and many other things. There is so much freedom on the Island. Everyone knows everyone and someone is always there to lend a helping hand. The Island is like one big family.”

Twenty-one-year-old David Hall of Gordon Township will be attending his third year of Cambrian College in September.

With his downtime, David likes to read, draw, watch movies, swim and eat from Campbell’s Drive-In.

David says his grandparents are the biggest influencers of his life because they taught him a lot about baking, farming, gardening and gave him a great appreciation of animals.

“My favourite thing about the Island is the small-town setting, powwows, Manitoulin Country Fest and of course, the Providence Bay Fair,” David says.

Winning the title of Ambassador of the Providence Bay Fair would mean a chance at getting to be part of the fair experience, David shares.

David is sponsored by Island Foodland.

Summer Beaudin is a 17-year-old who hails from M’Chigeeng. She will be entering Grade 12 at MSS in September.

In her spare time, Summer enjoys hanging out with her friends.

“A major role model in my life would be my sisters,” she says. “They have showed me how to put in my best effort and to never give up.”

Summer’s favourite thing about Manitoulin is the beautiful scenic views and the fact that she gets to say that she lives on the world’s largest freshwater island.

Should she be named Ambassador of the Providence Bay Fair, “It would make me very excited to be able to represent where I was born and show how wonderful and beautiful Manitoulin Island is.”