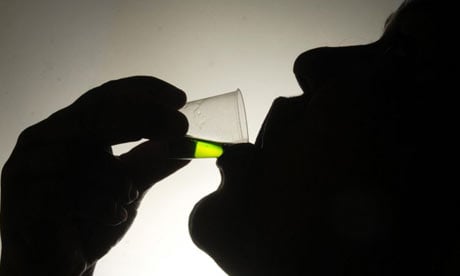 MANITOULIN—As the 19A Water Street (methadone) Clinic in Little Current prepares to close its doors this Friday, February 15, communities across Manitoulin are struggling to come up with solutions to help fill the upcoming gap.

Last week The Expositor reported that it had heard from an anonymous source that M’Chigeeng First Nation had decided to open a temporary methadone clinic to service its band members. Though The Expositor was unable to confirm this at the time as Chief Joe Hare was out of the office, the chief was available for comment on Monday.

“I’m not sure where you heard that,” said Chief Hare, “but no, we are not opening up a clinic. We only have 15 community members on the methadone program. It just doesn’t warrant a special clinic here in M’Chigeeng.”

Chief Hare said that the M’Chigeeng Health Centre has been working with the Central Manitoulin Family Health Team (FHT) to try and establish a clinic at the Mindemoya Hospital.

In the meantime, M’Chigeeng will be transporting its band members who are on the methadone program to Dr. Dressler’s Larch Street Clinic in Sudbury to continue their treatment. As M’Chigeeng does not allow for take home methadone after several problems in the community involving stolen or sold methadone, one incident which led to a death, Chief Hare said it will be crucial to establish treatment for the patients close to home.

The Expositor also spoke with Manitoulin Health Centre CEO Derek Graham, who was able to confirm that discussions are in place between the Central Manitoulin FHT and M’Chigeeng involving the setup of methadone services.

“The FHT is in preliminary discussions with the M’Chigeeng Health Centre,” explained Mr. Graham, “but it is still within its very early stages. Across the Island it seems as though communities are looking at coming up with local approaches to fill the upcoming gaps. The Manitoulin Health Centre would not be housing the methadone program, but we could be providing a space for video conferencing (an element of the program for rural areas) if something was to move forward.”

The Expositor spoke with Mr. Roszell regarding his request and plans to open a clinic.

“Since I was told it would take at least two months to go through the planning process in Little Current, I looked for other spaces on the Island and approached many of the First Nations,” Mr. Roszell told The Expositor, “but unfortunately there seemed to be some inner policies in place with the First Nations not wanting to travel to each other’s communities. I was hoping to help and Dr. Dressler was willing to stay and work with the clients if I was able to find a new location, but I just couldn’t get a space in time.”

Mr. Roszell concluded that he hopes that Island communities are able to come up with a solution and that he would “love to work on a project in the future because it seems like there are ways to improve the methadone program and I would like to help.”

The Expositor was unable to contact Wikwemikong Chief Duke Peltier or Mary Jo Wabano, health services director of Nahnadhweh Tchigehgaming, but last month, the community was also planning on transporting its members on the methadone program to Dr. Dressler’s Larch Street Sudbury clinic.

“I am speaking on behalf of the situation with the methadone maintenance program,” said Ms. Eshkibok. “The methadone clinic has to quit their service in Little Current and has been refused to relocate elsewhere on the Island and methadone patients are devastated and left with few options and one of them is to travel to Sudbury twice a week to see the doctor and do urine screens and get their methadone drink. The other option is to discontinue the program and taper off methadone in 30 days, which doesn’t seem possible. The last option is to enter a different methadone treatment clinic. People are going through hardships and they can’t handle this. It will be cheaper to go back on drugs than travel to Sudbury.”

The Expositor spoke with Ms. Eshkibok last week regarding her interview and why she decided to speak out.

“Someone had to speak out,” explained Ms. Eshkibok. “I believe the program does help people, just a few people made bad choices, but myself and many others are good people who are clean. The closure of the clinic is really going to hurt a lot of people.”

Ms. Eshkibok added that for herself and other First Nation patients, their transportation is paid for, but for others the cost of travel will be too much.

“The people who have the power need to help,” urged Ms. Eshkibok. 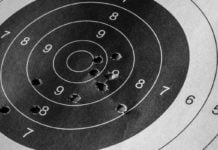