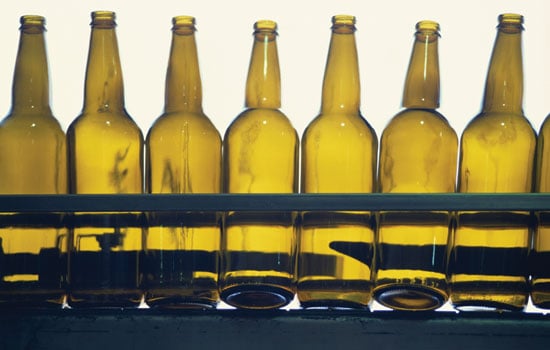 KAGAWONG—Billings Township council has agreed to enter into formal negotiations with Split Rail Manitoulin, a micro-brewery, with the intention of establishing a mutually beneficial business relationship in the township.

“We would like to bring them to Kagawong and have them set up their business here,” stated Billings Councillor Tom Imrie, after he had put forward a motion seconded by Councillor Sandi Hurcomb (at a meeting last week) that council agree to enter into formal negotiations with the business. “It would mean an additional business in the community, more jobs and would heighten ours and the business profile further.”

“We believe a properly constructed microbrewery in the community would establish a good business relationship,” said Mr. Imrie. “This is a Island company that has put out a good business plan and shown good prospects in sales for the future.”

Mr. Imrie noted the business is owned by two people from the Mindemoya area.

On the Split Rail Brewing and Beverage Company website it is explained the business is owned by Eleanor Anne Charlton and Andrea Louise Smith, with the operations manager/brew master being Glenn Fobes.

“Split Rail Brewing Company is a proposed locally owned and operated microbrewery dedicated to the production of world-class small batch craft beer that builds on the natural history, culture, and geography of Manitoulin Island, Ontario. Initial offerings will include an amber lager and seasonal ale infused with hawberry and will be targeted towards local customers, as well as broader Northern Ontario customers and beyond,” the website states. The business is hopeful of being in operation by this summer.

“We understand they have a brew master and a location where they have produced test batches of ales and lager,” said Mr. Imrie. “The product has been reviewed by a number of people in the community who are qualified and have knowledge in this industry and they have received complimentary reviews of their products.”

“Being the first micro-brewery on the Island would provide a unique opportunity,” stated Mr. Imrie. “There are a lot of micro-breweries in the central part of the province and cottage country and they have proven to be very successful.”

“We are going to be making arrangements to talk to the company proponents this week,” said Mr. Imrie. He noted, “regardless of where they locate, it will be a positive for Manitoulin in every way because it is a new business being created as well as new jobs.”