Even though he had represented Manitoulin Island and the rest of this riding for more than 24 years, people very quickly forget about the accomplishments of “former politicians” whether they retire because of defeat at the polls or choose to step down voluntarily from elected office.

But much happens in a quarter century: babies are born, go to school, grow up, and begin the process all over again. That’s the perspective of the time frame during which Mike Brown served as our MPP.

After a while, certainly after that many years, people in public office are often taken for granted.

But the retirement party held in Mr. Brown’s honour at the Spanish Marina community centre certainly put some perspective on that as well.

Representatives of groups, municipalities and organizations from all over the riding stood and spoke eloquently about how helpful Mike Brown had been to their particular groups in a vast array of projects.

The common theme was that “without Mike Brown’s help, that particular project wouldn’t have happened.”

Although the master of ceremonies was Tom Farquhar, the current president of the Algoma-Manitoulin Liberal Riding Association, this wasn’t a political event. Not really.

It was a time for people to thank Mike Brown for his support both during the times when he and his party had been in power and when they had sat on the other side of the legislature when another party with other political ideals was at the helm.

Over the past 50 years, this riding has had only four provincial representatives with the most recent MPP, the NDP’s Michael Mantha only having held the seat since last fall’s election.

All of the former politicians (Mr. Farquhar and Mr. Lane have passed away) were held in good esteem during their times in office. They did their jobs well, the point that was repeatedly stated at Mike Brown’s event.

But they are not idolized: there are no public monuments to any of these long-serving public servants anywhere in the riding.

They helped build or renovate important community structures like hospitals and nursing homes. They lobbied tirelessly on behalf of tiny northern municipalities in favour of provincial assistance to upgrade (or for brand new installations of) water treatment plants.

They lobbied for the reconstruction of highways and all of the rest of the infrastructure that makes our communities safe and attractive places in which to live.

Mike Brown did all of this for just shy of a quarter-century, and he also had the unique privilege of being chosen by his peers to serve as speaker of the Legislature through one term of the Ontario government.

His was a good career. He was unfailingly helpful and did his obvious best, in his own words last Thursday, “to make things just a little bit better.”

And in this, he was successful; for this, we should all be thankful for the consistent efforts of an understated personality whose mark is left on our community because almost all of our public resources are, “Just a little bit better.” 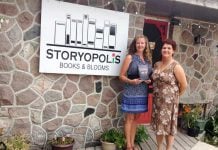