MANITOULIN—Miss Manitoulin 2015 Brittany Manitowabi passed on her crown to this year’s winner Hope Gulyas last Thursday night and is looking forward to the new opportunities that lay ahead.

“Winning Miss Manitoulin 2015 and representing the Island at the Miss North Ontario pageant really opened my eyes to new things for me,” Ms. Manitowabi told The Expositor. “I was invited to speak at a youth conference organized by Cambrian College and sharing my story seemed to really inspire other girls. I never thought sharing my story might help others, but it was really empowering. Being part of Miss Manitoulin and Miss North helped build my self confidence and encourage me step outside my comfort zone.”

Ms. Manitowabi said that she was also asked to speak at a Kina Gbezhgomi event, which has led her to rethink her career path.

“I just finished my second year of social work at Laurentain University,” she said, “I’m taking a year off to focus on my music and in preparation for Miss Universe Canada. When I go back next year, I’m thinking about switching into communications or public relations.”

Ms. Manitowabi placed first runner up for Miss Photogenic at the Miss North Ontario 2016 pageant, was in the top 4 for the talent portion of the competition and was selected as a national finalist for Miss Universe Canada 2017.

She has been singing at Crystal Shawanda’s Homecoming Concert for the past eight years and was selected to be part of the lineup this year.

Through her connection with Musique Nomade she learned about the First People’s Music Festival in Montreal and submitted an audition tape.

Ms. Manitowabi was selected as one of three artists from across Canada to give special performances at the festival and she was the youngest and only female to be selected. 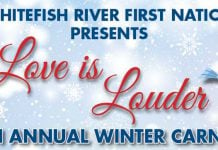 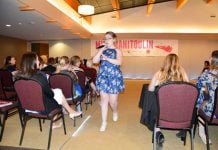 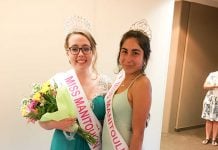 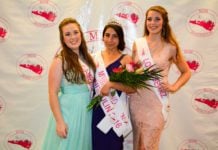 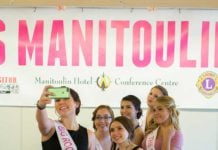