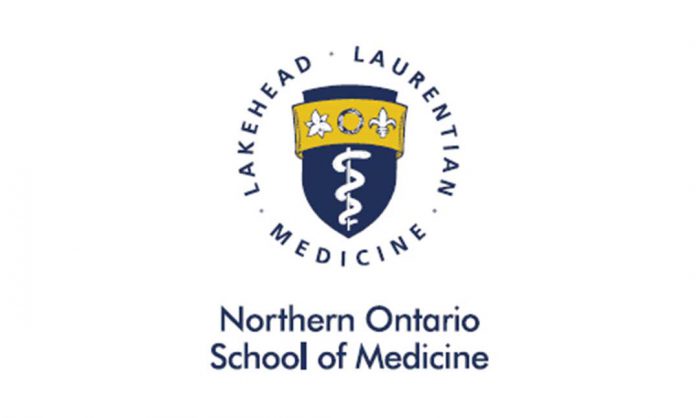 TORONTO – Former Progressive Conservative MPP and Sudbury mayor Jim Gordon, former Liberal MP Thunder Bay mayor Ken Boschoff and Order of Ontario recipient and Northern Ontario School of Medicine (NOSM) board member Angèle Brunelle joined forces in a letter to the editor published in the April 14 edition of The Expositor, ‘It is time to grant Northern Ontario School of Medicine freestanding degree-granting status,’  to call on the provincial government to grant independent, standalone degree-granting institution status. Concern over the impact the dissolution and financial fiasco that is Laurentian University could have on NOSM brought those somewhat unlikely bedfellows together to reach out to the provincial government. Each of those signatories has been a stalwart champion since before the school’s inception.

Their collaborative effort appears to have borne fruit, as the Ontario government introduced proposed legislation to establish NOSM and Université de Hearst (Hearst) as independent, standalone degree-granting institutions. If passed, the legislation would formally recognize the integral role these institutions play in providing students with access to medical training and French-language studies in Northern Ontario.

“NOSM and Hearst provide specialized and important educational opportunities in Northeastern Ontario. They are ready to take the next step in their development and maturity as institutions,” said Ross Romano, minister of colleges and universities, in a press release. “This new independence will ensure that each institution has the autonomy to grow in ways that more effectively support the access to quality education for students and communities in the region. Hearst will become Ontario’s second stand-alone French language university, joining the Université de l’Ontario français. NOSM will become more agile and nimble to the changing needs of students as they help tackle the need for doctors and other health human resources in Northern Ontario.”

As affiliated postsecondary institutions, NOSM and Hearst already operate largely independently from Laurentian. Both institutions are unique compared to other affiliates across Ontario as they already receive direct funding from the Ministry of Colleges and Universities. The proposed legislation, if passed, would provide the institutions with independent governance and administration, and will empower them to expand and explore offering more programs in new communities across Northern Ontario. It would also provide a pathway for the institutions to grant their own degrees, and the government intends to engage the expert guidance of the Postsecondary Education Quality Assessment Board in moving toward this milestone.

“This legislative proposal is an important milestone for the Université de Hearst and the Northern Ontario School of Medicine. Operating as independent institutions with the ability to make choices about future partnerships and growth would allow them to better meet the needs and aspirations of their student population,” said Caroline Mulroney, minister of francophone affairs. “With the Université de Hearst, Ontario now boasts two French-language universities, run by and for francophones, which will undoubtedly strengthen the opportunities for Ontarians to learn, live and thrive in the language of their choice.”

Both Mr. Gordon and Mr. Boschoff declined comment on the move, for the time being. Mr. Boschoff noted that the legislation had not yet made it to the legislative floor by press time and said he would reserve comment until he saw the outcome of the move.