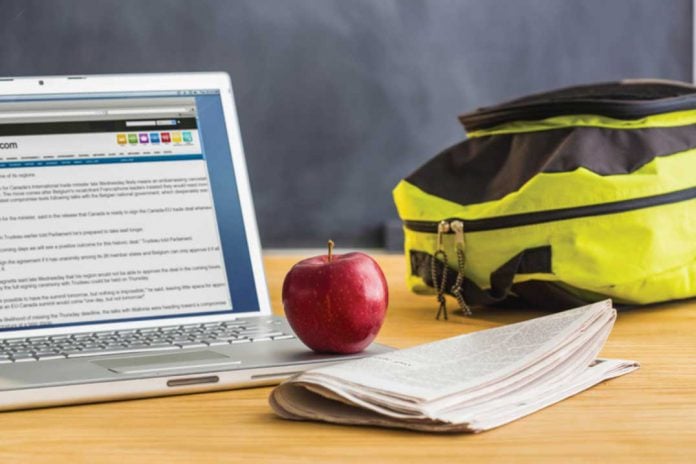 MANITOULIN—Concerns have been raised that schools in Ontario have been closed when they are at capacity, and the NDP has been calling for the government to stop school closures and look at what the main problem is, says Algoma-Manitoulin MPP Michael Mantha.

“There has been a lot of school closures in the province and we’ve been asking the government to stop this and look at solving what the main problem is; the provincial funding formula for schools, originally put in place by the Mike Harris government, that has not changed in 14 years is not working,” stated Mr. Mantha, late last week. “The government needs to address the funding issue.”

Mr. Mantha agreed with NDP leader Andrea Horwath, that schools are being closed that are at full capacity. “For the government to say that we need to maintain schools as community hubs and then close schools that are at or close to full capacity is very concerning.”

Mr. Mantha asserted that an internal Liberal government document obtained by the NDP shows that the Wynne government knows its closing schools based on skewed utilization numbers.

“The Liberal government’s own internal notes are clear; they’re closing schools based on incorrect utilization numbers and they know it,” said NDP leader Andrea Horwath, in a release. The concern is revealed in a ministerial briefing note the NDP obtained through access to information law. In part, it reads: “Utilization does not typically recognize all programs/pupils currently using school space, such as: adult day school, fee-paying pupils, classroom space used for supplementary programs like ESL, alternative and continuing education programs and programs offered through community partnerships (e.g. child-care programs). Buildings used for these programs/pupils appear as underutilized/empty in current utilization calculations even if they are not at full capacity. If these buildings are closed/sold, there may not be accessible space available to support those programs.”

“Premier Wynne is choosing to ignore things like childcare centres and ESL programs when it comes to making decisions about schools on the chopping block,” said Ms. Horwath. “She has closed 227 schools just since 2011 at a time when communities all over the province are fighting to keep their schools open. The government is ignoring the valuable programs and classes being delivered to communities.”

School closures are determined by local school boards, funded through the education tax levy on property.

Ms. Horwath said the briefing note also points out that the Wynne government policy is at odds with the community hubs initiative—a program meant to use schools for precisely those things that she claims Premier Wynne is ignoring. “She’s saying one thing and doing another. She talks the talk when it comes to using schools to offer so much more to communities—from English classes to adult education and child care—but in reality, her policy is to completely dismiss those very important things.”

Ms. Horwath has been calling for an immediate end to all school closures. As well, last Thursday she launched a petition to get 300 schools off the chopping block. The government had revealed earlier that day that 300 more schools are being looked at for closure.

“Schools are definitely closing. At full capacity,” said Mr. Mantha. “In Northern Ontario we know  community schools are part of the fibre of their community and closing  these schools is the wrong decision.”

Mr. Mantha said, “I’m  watching closely in my riding as to schools that are supposed to be set for closure. I know plans are in place for school closures in Blind River, Espanola and Bruce Mines. Closing schools in small communities is not the answer.”

“The rules for closing schools are broken and until they’re fixed, not one more school should be shut down,” said Ms. Horwath. “Schools can and should be important community hubs. When they offer child care or adult education, they’re offering something incredibly valuable.”

“Premier Wynne just doesn’t get it. Intentionally ignoring those things and closing hundreds more schools will come at a huge cost to families and to the province,” continued Ms. Horwath. She said the Liberal governments’ bad policies combined with cuts to education are hampering school boards. Her petition calls on the government to remove all 300 schools from the list of schools being considered for closure, review the Pupil Accommodation Review Guidelines, and fix a broken utilization formula. The NDP has also demanded the Wynne government review the funding formula which is pressing school boards to close schools.

Leader of the Official Opposition Patrick Brown has also called for a province-wide moratorium on school closures.

Press Release - June 18, 2021
On June 21 Wikwemikong Tourism will be launching a new website at www.wikytours.com to promote their Indigenous Tourism experiences on Manitoulin Island and in...