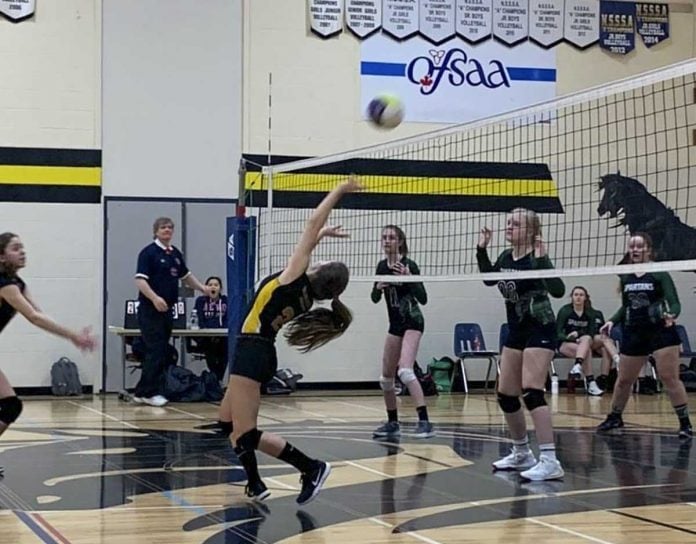 “The girls finished third at NOSSA today. They fought hard in their first match, losing a close one 2-1 to Franco-Cite (Nipissing),” said coach Neil Debassige.

It was a tough loss for the team and was hard on both their standings and their energy. Up next was another tough competitor: College Notre-Dame of Sudbury. The ‘Stangs fell in two straight sets.

Things were not looking overly promising as they began their final matchup against Notre-Dame-Du-Sault from Sault Ste. Marie. Their first set of three ultimately ended in a loss.

“Even though they lost their first set of the final match against Notre-Dame-du-Sault and were down seven points in the second set, they composed themselves and got to work to dig themselves out of a hole to win the next two sets,” said Mr. Debassige.

“They had a great year,” said Mr. Debassige.

Now that the off-season period has begun, the girls will be thinking of their preparations for next year’s season and fighting hard to ensure they give an even better showing next year.