“We selected ‘The Sound of Music’ as it is a very popular production and we wanted something that would fill the house for all three nights,” artistic director Tom Scott explained. “It is also very nostalgic for me as ‘The Sound of Music’ was the first production I ever worked on at MSS back in the late 1980s with Marion Seabrook and Joanne Smith and now that I have retired (as of January 31) it will be my last production as well.”

Mr. Scott said auditions started in October of last year and by the end of the month rehearsals had started.

“We chose April Torkopoulos as Maria (the lead),” said Mr. Scott. “She was in ‘Once Upon a Mattress,’ our last production, and has a great stage presence, is very talented and dependable, which is important in a production like this when the lead is in the majority of the scenes.”

Mr. Scott said rehearsals have been coming along well and that for 10 days out he was impressed with the run-through that the cast did last weekend.

“For 10 days from opening night I am pleased at where we are,” said Mr. Scott. “The cast and crew have been working really hard—they have been professional and dedicated.”

The Expositor had the opportunity to attend last Saturday’s rehearsal and was blown away by the talent—both acting and singing.

‘The Sound of Music’ is the beloved romantic musical which tells the story of Maria and the Von Trapp Family. Overflowing with well-known songs such as ‘My Favorite Things’ and ‘Climb Ev’ry Mountain,’ this heart-warming family musical is an inspiring story of the discovery of love and a daring bid for freedom. The family’s narrow escape over the mountains to Switzerland on the eve of World War II provides one of the most thrilling and inspirational finales ever presented in the theatre.

The cast includes both MSS students and students from Island elementary schools.

“I auditioned for another part but Mr. Scott offered me Maria—he said I was a good fit,” said April, a Grade 11 student at MSS. “I didn’t hesitate in saying yes. I’ve been practicing a lot, even over the Christmas breaks. Once I got it down, though, the lines and songs, it has been flowing really naturally.”

“We have an amazing crew,” added April. “I’m so lucky to work with such a talented group of people. I’m really excited for our production next week.” 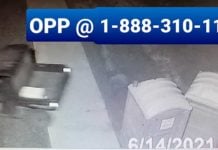 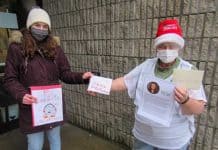 Malia Leighton’s sending smiles to everyone! 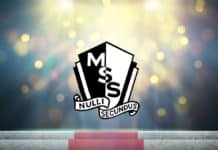