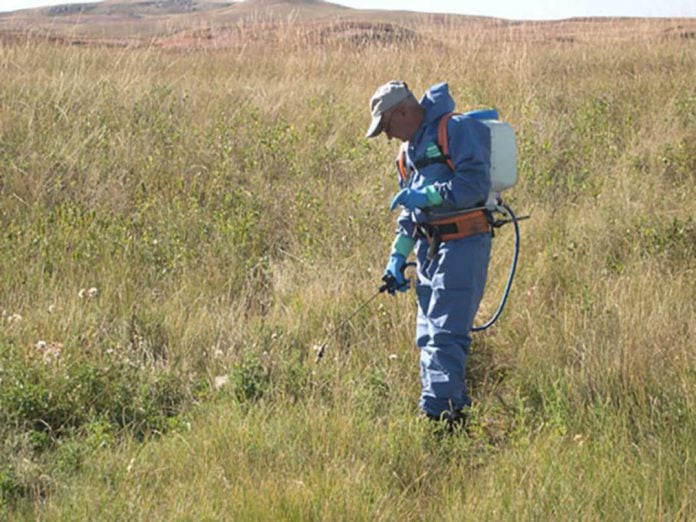 MANITOULIN—Hydro One announced in a newspaper ad in last week’s Expositor that it will begin its brush control operations in the Northeast Town from next Monday, May 15 to June 14, at times using the herbicide Garlon RTU as part of its brushing.

The Hydro One ad notes that all property owners affected will be contacted, but Mike Barnett of Red Lodge Road believes the phone call might not amount to much, judging by a conversation he had with Hydro One.

Mr. Barnett said he was told that Hydro One will only take a landowner’s concern into consideration if the spray will be used on their property directly, but not if they are an adjacent landowner. So, he said, in his case, if Hydro One plans to spray on a Northeast Town road allowance that abuts his property, he has no actual say in the matter, only that Hydro One ‘would take it under consideration.’ “You get a say, but it’s not determinate. They’ll contact you, but it means nothing.”

“Why does NEMI agree with this?” a frustrated Mr. Barnett queried.

The Expositor contacted Hydro One to give Mr. Barnett’s concerns. Tiziana Baccega-Rosa, Hydro One senior media relations officer, explained that the majority of the land Hydro One will be spraying is municipal but that those landowners who will be affected will be contacted. She agreed with Mr. Barnett’s concerns that if a landowner has adjacent property to municipal land being sprayed, it won’t be a factor in Hydro One’s determination.

Billings council, at its last meeting, announced that it had yet to make a decision on whether or not to pass a bylaw against having Hydro One spray Garlon RTU within its boundaries, but with spraying set to commence soon on Manitoulin, time is running out.

Regional areas to be sprayed beginning May 15 include the Northeast Town and, on the North Shore, Baldwin Township, the Municipality of Espanola and Curtin and Mongowin Townships. To opt out, contact 1-866-898-5310.