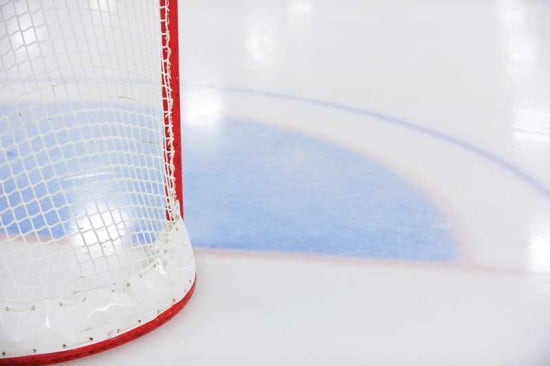 The boys lost their first game against the Bears March 1, and had to win Monday night’s game to go on to a tie breaker for the B Division title.

“They played really hard and put up a good fight,” said Mustang coach Steve Doane. “We knew the Bears had a sound goalie—the boys did everything they could to get pucks past him. Even when the score was 4-1 the boys kept fighting—they didn’t get discouraged.”

And fight they did. The packed arena could see the determination of the Mustang players as they tried to even the score. In the third period, with 59 seconds left, they scored their second goal and a third at 15 seconds to go, but it was ruled out due to high sticking.

“I’m proud of how hard the team worked this year,” said Mr. Doane. “The second half of the season they started really gelling well and the power plays were working. There were only three or four guys on the team from last year, so the team was working on coming together. They are a nice group of guys—a really positive group. They gave it their all this season.”