BURLINGTON—The Manitoulin Secondary School Mustang boys’ hockey team is continuing its winning ways, taking the 32-team Bur Bear High School Hockey Tournament held in Burlington over the weekend by storm, winning all six games with only 10 players and one goalie and one unusual championship game.

Coach Brad Bond explained that the Mustangs have been taking part in the Bur Bear tournament for upwards of nine years, facing off with the best of the best from across the province.

In game one, the Mustangs met North Bay’s Scollard Hall, beating them handily 4-1 before facing off against hometown Lester B. Pearson in game two, winning this game 6-1.

The Mustangs next played another hometown Burlington team, the Nelson Flames, in game three, again showing Burlington what they’re made of with a score of 5-3, Mustangs.

This landed the boys in gold and black in first place and in another matchup against Northern Ontario rival Scollard Hall in the quarterfinals. This, the coach, explained, was a “dirty” game for Scollard, resulting in the ejection of four of their players. “But the boys kept their composure,” Mr. Bond allowed. And it paid off with a final score of 12-1 for the Mustangs.

The semi-final matchup had the Mustangs facing off against Oakville’s St. Thomas Aquinas—the closest game in the set so far. In the third period, the ‘Stangs found themselves down 4-2 but the boys rallied hard and managed to tie the game and, with a little over one minute left and on a power play, scored the winning goal to bring the score to 5-4.

Proving that Northern Ontario is a force to be reckoned with, the Bur Bear championship match saw the Manitoulin Mustangs up against rivals Confederation of Sudbury.

The end of the third period saw the teams tied 3-3. What normally would have been a three-on-three, five-minute overtime period was made impossible by a fluke shot by a Mustang, who shot the puck into the air, inadvertently hitting a sprinkler, which went off, flooding and melting one end of the ice surface. After some debate from convenors, it was decided to go to a three player shootout on the “good side” of the ice. The championship winning goal was notched on the third shot for the Mustangs, by Ben Haner.

Coach Bond couldn’t say enough about the determination of his team who, with only 10 players and a goalie, took the Bur Bear Tournament.

The Mustangs are back in action this week when they take on St. Charles in playoff action. The Mustangs will play St. Charles this Friday night at 7 pm in the Little Current barn for game two of the best-of-three playoff series. 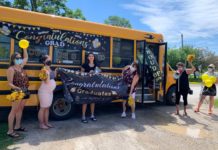 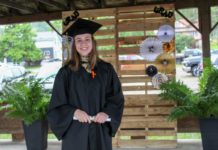