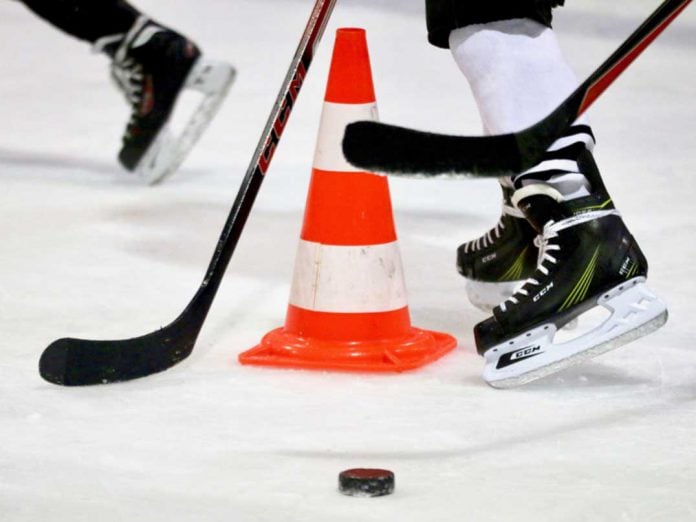 MANITOULIN—The Manitoulin Secondary School Mustang girls’ hockey team have had a great season, but after a tough best-of-three series against Bishop Alexander Carter Catholic Secondary School, the Mustangs won’t be moving on to the B division finals.

“The girls played very well, but we just couldn’t score,” said Mustang coach Mike Meeker of their final game against Bishop Carter yesterday (Tuesday, February 28). “It was really too bad, they had way more good quality chances, especially in the first period.”

The Mustangs started their series against Bishop Carter last week.

Their second game against Bishop Carter on Monday (February 27), on home turf, gave them the advantage, with the Mustangs winning 4 to 1.

Mr. Meeker noted that the girls had a good season and he was proud of the effort they put forth.