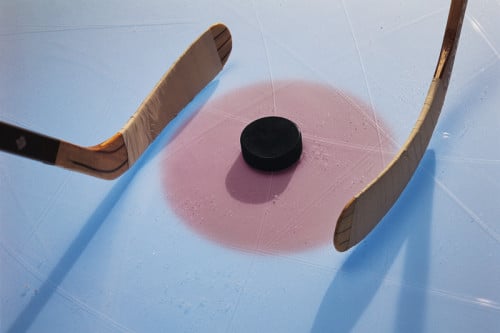 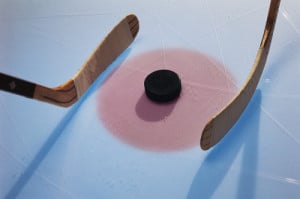 The do-or-die game between the Manitoulin Secondary (MSS) and Lasalle Secondary schools’ girls’ hockey teams started off aggressive with a Mustang goal, delivered by Diedre Debassige, within the first 35 seconds of game play. Though the Lancers tied up the game during a powerplay opportunity later in the first period, it was the only time the Lancers came neck-and-neck with the Island girls.

“The girls decided they were going to go after the Lancers right away,” Coach Mike Meeker said. “It’s a big game and they need to come up big.”

Going into the second with a tie, Mr. Meeker challenged his girls to pull ahead and pull ahead they did.

The ‘Stangs repeated their first period antics as Amber Lewis snapped home a shot 25 seconds into the second period. A mere 10 seconds of game play later, Amber Lewis netted another goal for the Mustangs. A fourth goal by MSS student Bridgette McDonald was answered by the Lancers, who scored their second goal on a powerplay, bringing the score to 4-2.

“I don’t want this to be my last hockey game in high school,” Grade 12 Mustang Emily Van Kesteren told The Expositor. “I think I’d cry.”

There were no tears shed on the part of the Mustangs in the second period, as the buzzer closed on a score of 7-2 for the Manitoulin girls, courtesy of three more goals, courtesy of Marilee Wright, Kennedy Lanktree and Victoria Niven.

With a secure lead heading into the third, the Mustangs focused on shutting the puck out of their defensive zone. When the puck found its way to the Manitoulin net, though, Tess Doane remained an impassable wall, blocking shot after shot.

The Lancers’ net minder, Kelsey Lekun, also regained her composure after the Lancers’ disastrous second period and kept the ‘Stangs at bay.

The third period closed down with a Manitoulin win with a final score of 7-2. With their win, the girls move on to the next level of the Sudbury District Secondary School Athletic Association (SDSSAA) playoffs against the Lockerby Vikings. In addition to advancing in SDSSAA, the girls also secure the second ‘AAA’ berth in the Northern Ontario Secondary School Athletics (NOSSA) playoffs.

“We’re going to NOSSA!” Emily Van Kesteren cheered as she skated off the ice following the end of the game.

The girls next play on Thursday, February 16 at 3 pm at the McClelland arena in Sudbury, then again on Tuesday, February 21 at 3 pm in M’Chigeeng. The series now moves to a best of three games, and should the series require a third it will be played again at McClelland on February 23 at 3 pm.

In facing Lockerby, the first-place team in Division ‘A’ of the girls’ high school hockey league, the Mustangs face a team they’ve yet to defeat this season.

“They’re really strong and really fast,” Emily Van Kesteren noted. “It’s just a matter of keeping the puck out of our net.”

The team is already psyching themselves up to face their season’s arch-nemesis.

“We’ll have to play aggressive for sure,” Shanna Peltier, a Mustang defenseman, said with a grin. “I have to make sure those other girls know who they’re dealing with.” 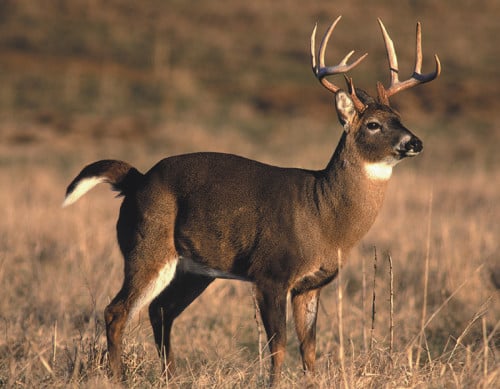 Appointments OK in short mandates only