MANITOULIN—A group of Island and North Shore veterans, headed up by organizer Wayne Golden of Massey, are banding together to found a unit of the Army, Navy and Air Force Veterans in Canada association—better known these days by its acronym ANAVETS.

“It goes back to even before the Fenian Raids,” said Mr. Golden, who agreed to discuss the planned ANAVETS unit following a recent War Pensioners of Canada meeting held at Elliott’s Restaurant in Little Current.

The Fenian Raids, lest we forget, were a series of raids into Canada from the United States conducted by Irish patriots well armed from the recent American Civil War. The Fenians, as they were known, hoped to capture a lightly defended Canada and hold the territory ransom in order to force the liberation. The Centennial Museum of Shegiuandah’s collection has a sword from a serviceman who took part in the effort to repel the Fenians.

But the genealogy of ANAVETS actually extends much further back, perhaps even onto the Plains of Abraham according to some accounts. What is certain is that the first charter of the organization (to establish a unit in Montreal) was granted in 1840 by no less a personage than Queen Victoria.

The organization’s name traces back to the British and French veterans who had served in the colonies. Those veterans “banded together to exchange information on service benefits available to them and to fraternize,” according to the ANAVETS website. “They called themselves ‘The Army Veterans in Canada’ so that when they were in Britain they could denote their location as opposed to the Army Veterans in Australia or South Africa. The reference to Canada became an integral part of the Association’s title, as incorporated by the Government of Canada in 1917.”

The association also embraced volunteers who answered the call to arms by the Canadian Government during the aforementioned Fenian Raids of 1860, 1870 and 1871, as well as the Red River Expedition of 1870 and the North-West Rebellion of 1885. 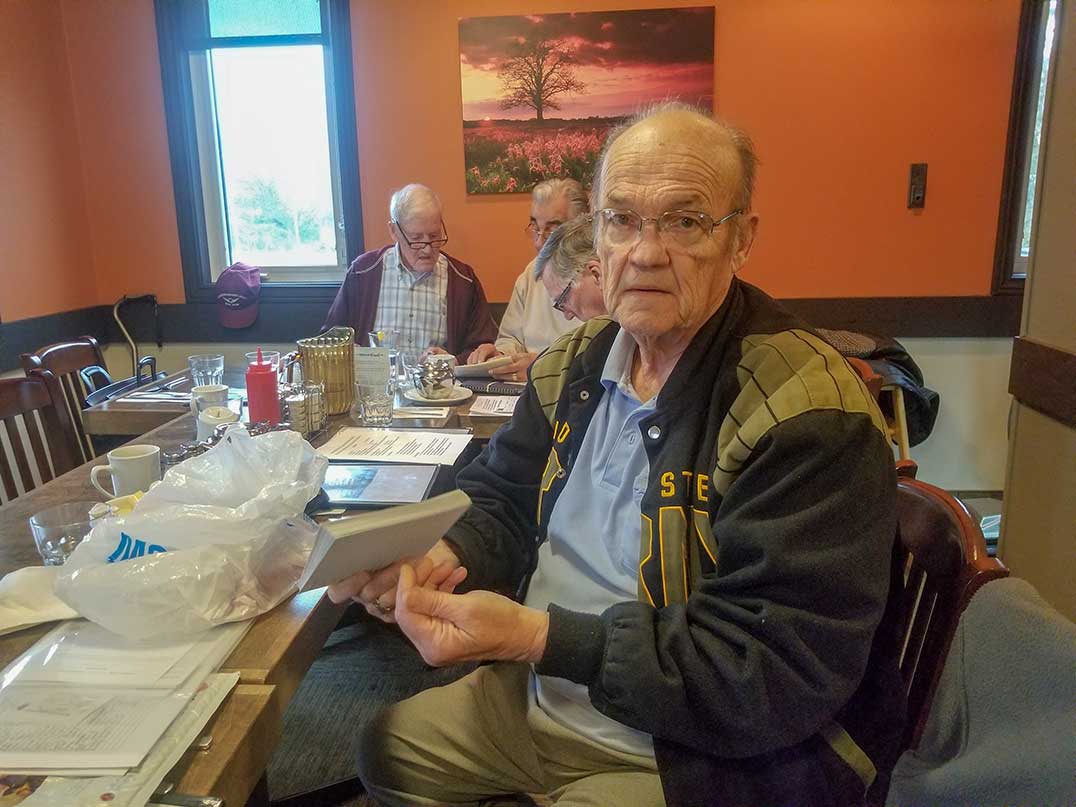 The organization was expanded to include navy personnel who had patrolled the Great Lakes following the War of 1812, as the Army and Navy Veterans in Canada, and airmen were included during and following the Second World War. Today the organization includes retired police officers, prison guards, customs officers and cadets.

“We aren’t trying to take anything away from any other service organizations,” assured Mr. Golden, who added that only veterans as listed above are being courted as charter members. “We are not taking on associate memberships at this time,” said Mr. Golden. “But all military people, emergency people and the cadets can join. We are looking to pick up membership from the veterans, new veterans that don’t want to join a Legion.”

Mr. Golden explained that ANAVETS is comprised of a Dominion Command, which is located in Ottawa and where the headquarters resides, along with seven provincial commands. Currently ANAVETS has units in British Columbia, Alberta, Saskatchewan, Manitoba, Ontario, Quebec and Nova Scotia, as well as a unit in Woodstock N.B. and a unit in the United States (ANAVICUS), which is part of the American Legion. Ladies’ Auxiliaries may be found at some units. When formed, they come under the jurisdiction of the provincial commands’ Ladies’ Auxiliaries.

There are 21 ANAVETS units in Ontario, one of which is attached to the Manitoba provincial command.

ANAVETS membership costs $50 a year and the organization’s Dominion Command has agreed to start the membership in the new year following the granting of the charter. “So we don’t lose a year and basically have to pay twice in one year,” said Mr. Golden. “This way we just pay the once for next year.”

“I haven’t been this excited about something in a long time,” said Mr. Golden, who noted that he already has the requisite number of memberships signed up to found a unit, but he is holding off to get as many as those interested in joining into the fold as charter members. Once the Manitoulin Northshore ANAVETS unit is established, Mr. Golden already has his sights on a new goal. “Once we have this one going it will be time to look at Sudbury,” he said. “But one thing at a time, we want to get this one going first.”