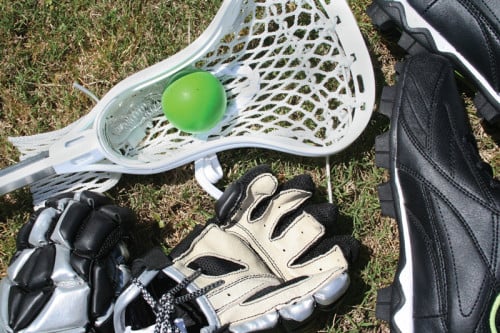 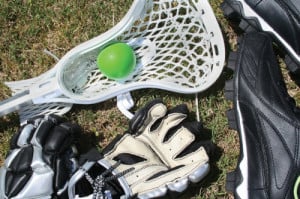 LITTLE CURRENT—Meetings were held in both Espanola and Little Current last week for individuals interested in starting up a Manitoulin-North Shore lacrosse league.

Both meetings were hosted by Whitefish River First Nation (WRFN) chief Franklin Paibomsai Shining Turtle, who has been working on establishing a league in the area since the fall of 2011.

The proposed house league would have two “loops,” Manitoulin and the North Shore, that would compete separately throughout the season, followed by a cumulative league tournament.

The Manitoulin portion of the league would consist of youth from Manitoulin, in addition to Birch Island, while the North Shore would include youth from Espanola, Blind River, Elliot Lake, Spanish and Massey.

Assisting Chief Shining Turtle at the meetings was Marion Ladouceur, Ontario Lacrosse Association (OLA) minor vice-president, who travelled from southern Ontario to help with the meetings.

The chief began the Little Current meeting, explaining that the turnout at the previous meeting in Espanola had been great and that the group showed a lot of interest in establishing the league.

“Last night in Espanola we had an overwhelming interest in establishing a local lacrosse league,” said the chief. “We pretty much have half the league formed.”

The Little Current meeting was also well attended, with over 50 adults and youth in present.

Chief Shining Turtle explained that he was motivated to start a league in the Manitoulin-North Shore area by his son who loved lacrosse, but was forced to travel all the way to Sudbury to play since there isn’t a local league.

“After his first year playing he was hooked,” explained the chief about his son. “I thought we were travelling far to play, but I learned that there were other youths in the Sudbury league from as far as Gore Bay. That’s when I started thinking that it would be a lot easier and beneficial for the area if we got a league started here.”

Ms. Ladouceur spoke next, explaining her history with the game. Her son had started lacrosse at a young age, eventually developing into a professional lacrosse player. She said that the great thing about lacrosse is that families get involved in the sport together. She explained that through her son’s involvement in the game, her husband began coaching, her daughter became a timekeeper and she began helping with her son’s league in terms of administration before moving on to work with the OLA.

The chief interjected, stating that it would be essential for the Manitoulin-North Shore league’s success to have lots of community and parental volunteer and support.

“The great thing about the game is that it doesn’t take much for a child to get started,” said the chief. “Especially if your child had been involved with hockey, they will have most of the needed equipment.”

Chief Shining Turtle said that in order to play a child just needs hockey gloves, running shoes, a helmet with a face cage, shorts and a lacrosse stick.

He also revealed that thanks to a generous donation, the first 150 youth that register with the Manitoulin-North Shore league would receive free lacrosse sticks.

Contact lists were circulated at both meetings, with the chief asking anyone interested in coaching, referring, administration, or being on the league’s board to express their interest.

Ms. Ladouceur explained that the OLA has numerous support systems in place for new leagues such as sticks available for loan and workshops for coaches and referees.

“This arena (the Northeast Town recreation centre) will be empty in the spring and we have seven arenas across Manitoulin,” said the chief. “We have lots of space and interest, judging by the turnout tonight, and all we need is two things. The first is mass; we need at least 200 youth enrolled in order to make the league work. That would give us four teams of 10 players in each division. The second thing we would need is volunteers, as I stated earlier.”

“I think it’s great,” said Ms. Size. “Anything for kids to do is good, especially when it’s a minimal cost for kids.”

For now Chief Shining Turtle, with assistance from the OLA, is working on generating interest in the league and establishing organizational components. The OLA will review the Manitoulin-North Shore lacrosse league proposal at the end of February.

Once the team is registered with the OLA, registration can begin for the league, which is looking at holding a ten-week season beginning in the spring and concluding with the end of the school year.