A shining young face now stands at the helm of the federal NDP and the election of Jagmeet Singh promises to herald in a whole new era in Canadian politics, not simply because that new face happens to be that of someone sporting a Sikh turban, but having a leader who is not a white, Christian male reflects the fact of the multicultural reality of our nation in the 21st Century.

Moreover, the NDP has opted for an individual who is hip, fashionable and who, by all accounts, resonates well with today’s youth. That will play a very interesting dichotomy with the Sunny Ways of the Liberal leader, but Mr. Singh, for all of his fashionista cred, also carries with him a reputation as a progressive leader.

He is articulate and thinks fast on his feet. In a short period of time, and without the benefit of holding a seat in Parliament, Mr. Singh has demonstrated that he is capable of meeting the cut and thrust of national politics and done so in the full glare of the public spotlight.

It remains to be seen whether he will be able to overcome the historic media invisibility of an opposition leader between writs, a hurdle with an even higher bar, given that he leads the third party.

But the media seems to cotton to Mr. Singh, and that as the current prime minister has shown repeatedly during his sojourn in that very position, can go a long way towards escaping the shadows of opposition anonymity.

Mr. Singh seems to be on the side of the angels when it comes to most of the pressing issues of the day, which is, of course, familiar NDP ground. Not generally ever being expected to be in a position to fulfill commitments can provide a certain freedom of movement when it comes to issues. But the late Jack Layton slipped the traces when it came to the perception of the NDP as the perennial bridesmaid of federal politics, as did his successor Tom Mulcair for one brief and shining moment in the summer of our Tory discontent.

But the new NDP leader has managed to bring a sense of the new, more centrist NDP stand on matters economic with more credibility than his predecessor was able to manage in the last electoral joust.

The NDP’s answer to Justin Trudeau’s storied “nice hair” and sunny ways may have his hair own hair hidden beneath a turban, but he is every bit as hip and social media savvy as Justin Trudeau, and it is clear that the favoured avenue of attack for this new iteration of the federal NDP is to challenge the Liberal leader and his government on the tried, if not true, basis of substance. Time will tell, but the days of a free ride for the Liberal leader certainly seem to be on the wane.

That will certainly be the hope of the Conservative Party of Canada, as they will doubtless be counting on the new NDP leader to wrest some of Mr. Trudeau’s left-leaning supporters away from the new big red tent, dividing the opposition they will face on the field of electoral battle come 2018.

In this Thanksgiving season the elevation of Jagmeet Singh to the leadership of the NDP gives us another reason to be thankful for the country that we live in. We have stepped far beyond political correctness. His election goes far beyond the usual tokenism that seems to beset Canadian political discourse on inclusion to present something of real and demonstrable substance.

It will be some time before the new leader will take to the hustings to secure a seat for himself in the halls of power, most likely he will seek to wrest the federal seat that eluded him in 2011 come 2018. In the meantime, federal politics seems about to become a whole lot more interesting and entertaining 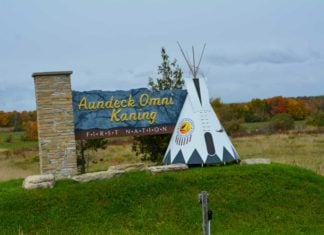