1. ‘The Laws of Innocence’ by Michael Connelly

2. ‘The Order’ by Daniel Silva

4. ‘The Sentinel’ by Lee Child

5. ‘The Lost Boys’ by Faye Kellerman

‘The Law of Innocence’ – A Lincoln Lawyer Novel – Another well-liked novel by one of my favourite authors. If you like courtroom drama, this is the book for you. When defense attorney Mickey Haller is pulled over by police they find a body of a former client in his car and Haller is immediately charged with murder. He cannot post the exorbitant $5 million bail slapped on him by a vindictive judge and decides to represent himself from his jail cell. And so it begins—Mickey trying to show that he is being framed and meanwhile trying to stay alive in jail. A good read.

‘The Order’ – Legendary spy and art restorer Gabriel Allon has slipped quietly into Venice for a much-needed holiday with his family, but when Pope Paul VII dies suddenly Gabriel is summoned to Rome to find out what has happened. A billion Catholic faithful have been told that the Pope is dead and Gabriel has two good reasons to suspect he was murdered. This will keep you reading far into the night with a stunning final plot twist. It is a novel of friendship and faith in a perilous and uncertain world.

‘Masked Prey’ – A Lucas Davenport Novel – The daughter of a US senator is monitoring her social media presence when she finds a picture of herself on a strange blog. And there are other pictures of the children of other influential Washington politicians, walking or standing outside their schools, each identified by name. But when the FBI is called in, there isn’t much the feds can do as no crime has actually been committed. With nowhere else to turn, influential senators decide to call in someone who can operate outside the FBI’s constraints: Lucas Davenport.

‘The Sentinel’ – A Jack Reacher Novel – In a small town near Pleasantville, Tennessee Reacher spots a hapless soul walking into an ambush, “four against one,” so Reacher intervenes with his own trademark brand of conflict resolution. The man he saves is Rusty Rutherford, an unassuming IT manager, recently fired after a cyberattack locked up the town’s data, records, information and secrets. Reacher is intrigued. There’s more to the story. The bad guys who jumped Rutherford are part of something serious and deadly, involving a conspiracy, a cover-up and murder.

‘The Lost Boys’ – A Decker/Lazarus Novel – When someone goes missing and after searching no trace of the man is found, the disappearance quickly becomes a missing persons case and is assigned to detectives Peter Decker and his partner Tyler McAdams. Juggling the personal and professional, a hot case and a cold case, Decker and McAdams race to find answers, sifting through cabinets of old files, a plethora of clues and evidence and discouraging dead ends. The frustrated detectives begin to wonder if the woods will ever give up its darks secrets and if these cases will ever be solved.

Now that the shutdown is over, at least for now, the Mindemoya library is now welcoming people back into the library on Tuesdays, Thursdays and Saturdays from 11 am to 4 pm. Computers are now available again and there are several new e-resources that can be accessed on one of the public computers. You can now find all you need to know about health issues, travel from a to z and ancestry.ca library edition.

As many of you now know the library also offers Overdrive/Libby e-books, just come to your library, update your card and you will be told how to access a large catalogue of e-books for you to enjoy.

Hopefully if the third wave of COVID doesn’t come and people do not travel during March break, which is now in April, and we all receive vaccinations the library and stores will be able to return to a new normal with longer hours as before. Until then, please continue to wear your mask and follow safety procedures when you come to your library.

I want to thank the many people for their kind words and condolences on the death of my husband, Wes who was also the library’s IT tech. The many cards and phone calls have helped me so much.

And thank goodness I love reading. Many times when I think ‘I can’t do this’ I open up a book and escape to a different world for several minutes and then I seem to find the strength to continue to carry on.

Stay safe and warm everyone and see you at your library.

Expositor Staff - July 22, 2021
A swimming advisory has been issued for the following beach: Monument Road Beach, Lake Mindemoya As a result of routine water samples exceeding the acceptable bacteriological... 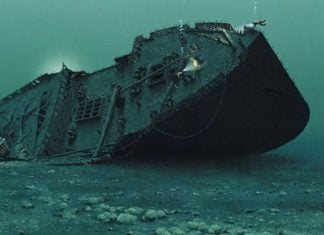