M’CHIGEENG—It was a bittersweet afternoon at the Noojmowin Teg Health Centre (NTHC) Harvest Gathering recently as the organization gathered to celebrate the success of the Healthy Kids Community Challenge program. The sweet comes with the amazing successes that the program has accomplished, but it was with regret that the local project manager Danielle Bourgault’s contract has been completed.

Healthy Kids champion former Anishinabek Nation Grand Council Chief Patrick Madahbee was on hand for the Harvest Gathering celebration. “Every once in a while a project comes along that you just want to get involved in,” he said, noting the importance of clean water and healthy food simply never gets old. Mr. Madahbee pointed to the many community gardens that have now sprung up in communities across Manitoulin as some of the successes that the program has attained. Mr. Madahbee also gave a shout out to elder Louie Simon for the work he has accomplished.

“The idea behind this is having a healthy lifestyle,” said Mr. Madahbee, going on to cite water champion Autumn Peltier (who was speaking later in the agenda) as an example of a young person who is “a role model for all of us.”

“This has been a tremendous program,” he said.

Following Mr. Madahbee’s opening remarks, elder Mary Lou Debassige brought an elder’s prayer to the Harvest Gathering, noting that “our nations always said thank you for everything, we never begged for anything. Everything we needed was provided to us from the earth.” She recalled the clean water and healthy land of her youth. “Everything was so crystal clear when I was young,” she said. “We got our water from the river down by Crosshill. If we wanted anything, we would trade for it. The Odawa, this is nothing new that I am talking about. We have lots to be grateful for,” continued the elder, adding that one’s actions are “another way of saying miigwetch. I am just grateful and happy,” she said. “Miigwetch.”

NTHC Executive Director Pam Williamson “officially” thanked Ms. Bourgault for her outstanding work as program lead. “About four years ago we were invited by the Ministry of Health and Long-term Care (to apply for the program),” she said. “A lot of municipalities also had the opportunity. But it was NTHC that was chosen as one of six of the 10 aboriginal communities who applied to participate. The program was expanded to include non-Indigenous children and NTHC reached out to several community partners to create the 22 mini-projects the community wanted to do. “We were successful,” she said. Ms. Williamson noted that over the three project years there were a number of leads, of which Ms. Bourgault was the last.

Autumn Peltier took the Harvest Gathering attendees through her experience as a water walker and how she was catapulted onto the world stage as an advocate for clean and safe water for all communities. The 14-year-old has presented to the Canadian prime minister, with whom she was very stern, and she travelled to New York to speak to the United Nations General Assembly as a representative of Indigenous youth. Ms. Peltier accompanied her talk with photos of her most remarkable journey, giving credit for her inspiration as a water walker to her Aunt Josephine Mandamin whose circumnavigation of the Great Lakes has captured the imagination of a generation, but whose health is now failing—passing the torch onto young women like Ms. Peltier.

As part of the evening’s festivities a feast was held and gifts presented to the many community partners who helped make the program a success. 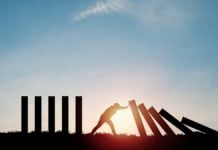 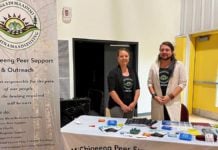