Council held a public meeting on the 2021 water and sewer rates for Little Current and Sheguiandah.

There are also several capital projects on the docket, including the replacement of the Little Current water treatment plant filters.

Only one person chose to speak at the public portion of the meeting, Manitoulin Hotel and Conference Centre manager Corey Stacinski, who is also a resident of Little Current.

“It’s been a tough year on all businesses,” Mr. Stacinski said, noting that during a recent town hall-style online meeting with the mayor and the business community he raised the issue of keeping the water/sewer rates at the 2020 level. “It’s not the best year for this. It would really help the businesses,” he added.

The mayor asked CAO Dave Williamson what the impact would be to the budget should the rates be deferred for a year.

“It is user pay—it can’t be deferred,” Mr. Williamson responded. “There is currently no money in the sewer reserve (following the lagoon project). We would have to find other money from somewhere. Your expenses can’t be deferred; it is a user pay system,” the CAO reiterated.

“Could we lower the rate for, say, a two percent increase?” Councillor Koehler asked.

“The budget is prepared on just covering expenses. Any reduction would result in a deficit,” Mr. Williamson explained.

“We could conceivably finance holding off (increases) for a year, but then you end of paying a lot more later,” Councillor Erskine said.

“I do find that the water rates are becoming a bit untenable,” Councillor Laurie Cook said. “I don’t know if it can go on with a four percent increase each year, she added, noting that most people in the municipality don’t see a four percent year after year raise to their incomes to match. “There has to be some other solutions.”

The motion to set the 2021 water and sewer rates was passed.

The Northeast Town has been approved for a grant allocation of $5,200 from the Ministry of Community Safety and Correction Services, Office of the Fire Marshal and Emergency Management, to be used for training for the Northeast Town Fire Department.

Council heard from Aline Taillefer, representing the Little Current Business Improvement Area (BIA), at its March 16 meeting. Ms. Taillefer had several requests on behalf of the BIA for downtown additions they hope will help the businesses thrive during what could likely be another summer of pandemic restrictions. Ms. Taillefer owns The Island Jar on the front street.

Ms. Taillefer asked that council consider waiving sidewalk leasing fees as they did last summer and help the BIA to create a communal outdoor dining area.

“The additional picnic tables the town put out last summer were very appreciated and we are hoping that, this summer, the town would be able to expand on that and provide an appealing, designated outdoor dining area,” the BIA had written in a proposal to the municipality. “We believe this would be a draw for the town as a whole and would encourage visitors to spend more time downtown, which would result in them spending more money at downtown businesses.”

The BIA stated that it envisions a structure in Soldier Park with a trellis roof, small round wooden picnic tables, white globe lights and flowers/plants. The BIA would also like to include a bike rack. “We believe this would be inviting and encourage people to order takeout and spend time downtown eating their meals, drinking their coffee, etc.”

The BIA asked that town employees would keep the dining area clean if this plan comes to fruition and asked that the municipality consider having additional public washrooms open for tourists as well as signage for those washrooms.

The Anchor Inn also asked that the town allow for the same outdoor patio setup as last year, complete with use of town fencing.

Council deliberated these requests at its following meeting, on March 23. Mr. Williamson explained waiving the sidewalk fees would cost the municipality about $800, which can be recovered through COVID-19 government funds. The request for an outdoor dining area at Soldier Park was reviewed with staff with the recommendation to council that it not be permitted. Mr. Williamson said another structure downtown would eliminate green space and open the municipality to “excessive liability.” He also pointed to the two new pavilions (on the east and west areas of the downtown dock), which are there to serve this exact purpose. He also noted that more picnic tables could be provided to help create additional places to dine outdoors, as was done last summer.

As for additional washrooms, staff said they did not believe this was needed, but would happily provide more signage, as well as the handwashing stations the municipality procured for the downtown last summer to the tune of approximately $700 (also cost recoverable).

A motion to waive sidewalk fees, provide additional washroom signage, picnic tables and handwashing stations, as well as fencing for the Anchor Inn outdoor patio, was passed by council.

Council received one tender for its group insurance benefits from its existing provider, Schuster, Boyd and McDonald at a rate of $9,284.27 per month. The company also gave its assurances that the monthly rate, which is also the current rate, would hold for 16 months.

“This works pretty well for us from a municipal perspective,” the CAO said.

Councillor Erskine asked if there were any changes to the plan to which Mr. Williamson replied, “no.”

Councillor Cook reviewed the Northeast Town Public Library minutes with council, noting that the library had been approved for a New Horizons Grant to employ a part-time person for senior-focused programming and that the library will be seeking charitable status.

Council heard an application of consent from Bruce and Kelly O’Hare to create a new building lot with the intention of building a semi-detached dwelling and an easement for a sewer line. The property in question is located at the corner of Park and Hayward Streets in Little Current.

The consent was granted, provided the O’Hares apply for a separate application for an easement to access municipal property to connect to the sewer system.

Wayne Williamson, manager of public works, gave the public works report to council. He noted that daily road patrols are being conducted and trucks dispatched as required. He noted the trackless machine is out salting/sanding every morning because of daily freeze/thaw cycles. Staff transitioned from clearing snow from ditches to dealing with flooded ditches, he added.

Mr. Williamson also noted that staff replaced the radiator in the 2005 Sterling truck, replaced the oil pan in the 2008 GMC one-ton truck and are getting the street sweeper organized for spring service.

Reid Taylor, manager of community services, reminded council that the rec centre is currently closed to the public due to the health unit’s lockdown order, but continues to be used by Manitoulin Health Centre as a mass vaccination centre.

The seasonal renewals for Spider Bay Marina have been sent out and the marina’s washroom upgrades have begun.

Mr. Taylor also noted that Lisa Hallaert, events co-ordinator, has been busy hosting virtual workshops each Wednesday evening. Upcoming events include cheesecake on April 7 and donuts on April 14. Other events to look for are an Easter egg decorating contest and Trivia Tuesdays and Thankful Thursdays on Facebook. 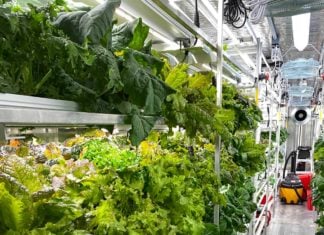 Expositor Staff - April 16, 2021
SHESHEGWANING - The Odawa Fresh Water Gardens in the community of Sheshegwaning First Nation has proven to be so successful that it is already... 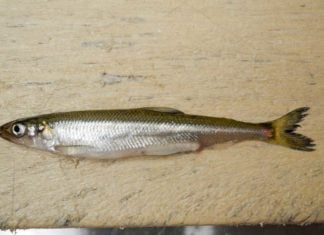 Warren Schlote - April 14, 2021
MANITOULIN - The Ontario Ministry of the Environment, Conservation and Parks (MOECP) does not track rainbow smelt in the North Channel for contaminants, a...