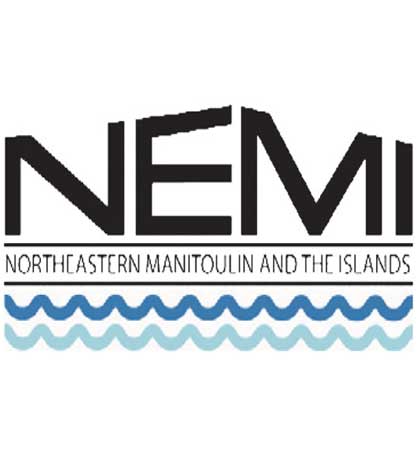 NORTHEAST TOWN—A line was drawn in the sand last week at a meeting to discuss the current Northeast Town ward taxation system. Following a presentation on the municipal tax rate system from town CAO Dave Williamson, a spokesperson for the NEMI Taxpayers’ Association stood up, stating that the organization felt that it was time for a change and that all wards should be paying the same tax rate.

“The CAO said during his presentation that the current system works well mechanically, but we believe it is time for all individuals in the municipality to pay the same rate,” said Irene Callaghan, a spokesperson for the Taxpayers’ Association during the comment portion of the evening.

This statement came as a shock to Ward 1 ratepayers, including McGregor Bay Association President Gerry Quinn who responded to Ms. Callaghan’s statement.

“The current system is a compromise,” said Mr. Quinn. “Most of Ward 1 residents are transient, only here 2-3 weeks of the year, yet we contribute to year round services. I am really surprised with the address that Irene delivered. It affects the credibility of that organization as the Taxpayers’ Association is supposed to represent all taxpayers.”

During the municipal presentation, Mr. Williamson explained that the Northeast Town is divided into four wards: Ward 1, the Islands; Ward 2, Little Current; Ward 3, the area around Little Current on Hwy 540 and Hwy 6 including White’s Point; and Ward 4, Sheguiandah, Honora Bay and the rural area of the municipality.

“There is a common levy that all residents of all the wards pay, and then some charges on top of the common levy that other wards also pay,” Mr. Williamson said. “The current system was made at the time of amalgamation of the Town of Little Current, the Township of Howland and a number of the islands in 1998 to provide a fair system for all the areas involved.”

On top of the common levy, Ward 1 pays for the roadway maintenance of Burnt Island (near Silver Water) and recycling removal. Ward 2 pays for sidewalks, street lighting, crossing guards, curbside recycling, landfill closure financing and garbage collection, while Wards 3 and 4 pay for civic addressing, street lighting and landfill closure on top of the common levy. Wards 2, 3 and 4 also pay for basic fire services, 911 response, roadway maintenance and the docks/marina.

After explaining the current system, Mr. Williamson showed some examples of how the different wards would be affected if the system was changed.

“At the end of the day, the town still has a total that it needs to collect, if the current system was to change all it would change is who pays what share of the pie,” added Mr. Williamson.

During one scenario, Mr. Williamson showed the impact to the wards if there was only one rate across the wards. “It would produce a shift that would see Ward 1 have a 41.47 percent increase to their tax rate and a decrease in tax rate of 23.88 percent in Ward 2 and 11.81 percent in Wards 3 and 4.”

“The current system was designed in 1998 and perhaps a look should be taken to ensure it is still fair, but any change will come as a benefit to one ward and is going to come at an expense of another.”

During the comment portion of the meeting, Ms. Callaghan explained that the Taxpayers’ Association was concerned for the retirees in Wards 2, 3, and 4, as justification as to why the current system should change to one rate for all residents.

“This is a very large group that fuel the Island economy,” said Ms. Callaghan, “but many of their pensions are not keeping pace with the rate of taxation. The council of the day, in 1998, that made the deal with the Islands said that they would not have to pay for the roads, but they have the option to use the roads, the same as the museum, library and marina that everyone pays for, but don’t all use.”

Ms. Callaghan responded to Mr. Quinn’s comments, questioning the association’s credibility by stating, “We would be very uncredible if we didn’t speak for the retirees from Wards 3 and 4.”

“We would never ever want to see Ward 1 get a tax increase,” added Ms. Callaghan. “We didn’t ask for this, but we have to speak for the retirees.”

Mr. Quinn rebutted that council “has done a good job up to this point and I hope it continues,” noting the burden that a tax increase would put on Ward 1 residents.

Jib Turner, who owns property in both Wards 1 and 2, reminded both council and the ratepayers present that Ward 1 residents have contributed “significantly” to the community over the years.

“For example, if it wasn’t for one individual in Ward 1, we could not have the laboratory at the hospital that employees over five individuals and last year one individual raised almost half a million dollars to help us buy new x-ray equipment for the hospital,” said Mr. Turner. “Other donations include contributions to the Centennial Manor, recreation centre and the waterfront. It is very important to consider this as we discuss the tax rates because we don’t want to lose or alienate a very important part of our community—the residents of Ward 1.”

Other points that were discussed are how Ward 1 pays for the land ambulance when it doesn’t travel to the islands as well as policing, which is year round when many of the Ward 1 residents are seasonal.

Mayor Al MacNevin concluded the meeting following the comments, thanking the group for its suggestions.

“Thank you for your suggestions and input,” said Mayor MacNevin. “These type of points and discussions have taken place around the council table over the years and council will be discussing what was said this evening and we will see where things go from there.”

Council discussed how the meeting went during the administration and finance committee meeting the following night (Thursday, August 8), however no motions were put forward to change the current system.