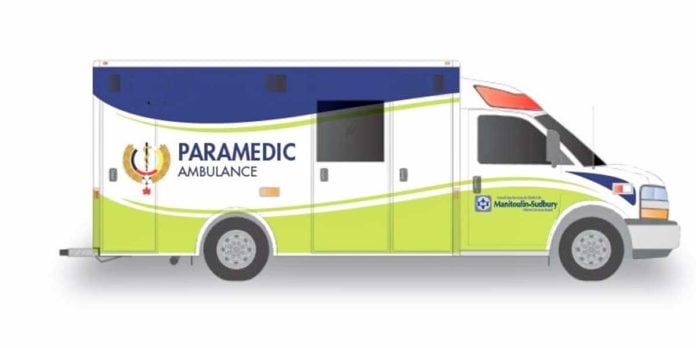 ESPANOLA—The Northern Service Deliverers Association (NOSDA) has requested an Association of Municipalities of Ontario (AMO) delegation to meet with Minister of Health (MOH), Christine Elliott to discuss the modernization of paramedic services.

“This is an issue across the province,” stated Fern Dominelli, executive director of NOSDA, when contacted by The Expositor last week. “The government was talking about modernization two years ago (prior to the pandemic) with, for instance, reducing the number of health units and paramedic services. They appear to be bringing the idea forward again.”

A NOSDA release notes that the MOH has clearly indicated their intent to proceed with the modernizing of emergency health services once the COVID-19 pandemic is over.

Mr. Dominelli said that paramedic services in Northern Ontario provides coverage for vast geographic areas, and many paramedic stations in the North are single vehicle stations staffed with one crew and in many cases operating on a call back system in the evenings, when the next closest ambulance may be more than one hour away.

“NOSDA is asking the Minister of Health to work closely with NOSDA members as it proceeds with the modernizing of emergency health services,” continued Mr. Dominelli.