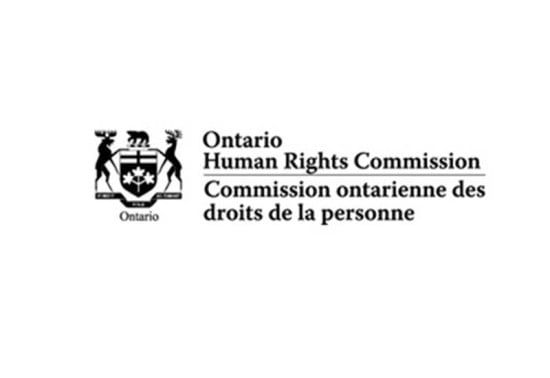 The following letter was sent to The Town of Northeastern Manitoulin and the Islands by the Ontario Human Right Commission about the potential zoning bylaws with regards to the methadone clinic. The letter was obtained by The Manitoulin Expositor and posted below in an effort to keep our community informed. Below is the letter in its entirety :
February 5, 2013
VIA EMAIL and MAIL

Your Worship,
We understand that:

– The Town of Northeastern Manitoulin and the Islands, by letter dated December 19th, 2012 directed Robinson IDA Pharmacy Ltd to cease dispensing methadone at the 19 Water Street Clinic in Little Current by January 31, 2013, and subsequently provided a two week extension to Feb 15, 2013;

– The Town may be considering amendments to the current commercial and residential zoning bylaw, to limit the locations where medical clinics can operate;

– The Town may hold a public meeting about these proposed amendments.

These proposed actions raise significant human rights issues with us and we urge you to reconsider them for the reasons set out below.

In its December 19 letter, the Town indicates that it has received complaints that clients of the clinic are interfering with the public’s use of the sidewalk, shoplifting from local stores, and fighting in the street. We understand that the Town takes the position that, as a result of these and other reported incidents, dispensing methadone at the clinic creates a public nuisance and danger to health, and as such is in breach of By-law 2002-31.

While the Town indicates that it has investigated the complaints and determined that they are legitimate, the Ontario Human Rights Commission (OHRC) questions whether the Town has established a causal link between providing methadone services and the events described.  Even if a causal link is found, the Town would have to show that it tried to accommodate the clinic’s users to the point of undue hardship, as receipt of health services is a “service” under the Ontario Human Rights Code (the Code).

Methadone clients are a highly stigmatized group. Behaviours are sometimes attributed to them based on stereotypes about addictions. The Town’s current approach may close what appears to be the only methadone treatment centre in Little Current and therefore restrict  how methadone services are provided for people with addictions. Section 1 of the Code, prohibits discrimination in services against people with disabilities, including addictions.

The OHRC urges the Town to consider alternative measures to address any legitimate health and safety concerns. For example, the Town could apply its standard procedures for dealing with shoplifting and fighting – such as working with law enforcement officers to prevent the behaviour. In this way, the Town can target legitimate issues without having a wider and unnecessary impact on the provision of methadone services to Code-protected groups.

When the Town acts, it must consider its obligations under the Code. Consistent with the Code and the Supreme Court of Canada’s 1999 “Meoirin” decision (British Columbia (Public Service Employee Relations Commission) v. BCGSEU, [1999] 3 S.C.R. 3)), the Town:

A municipality which sought to justify the imposition of a discriminatory standard/requirement/policy might be expected to establish that it made real and meaningful efforts to accommodate the needs of persons adversely affected by the standard/requirement/policy, or sought less discriminatory approaches to achieving the objective. It might also be expected to establish, on a substantive level, that it is not possible to accommodate, short of undue hardship.

The OHRC works with individuals and communities throughout the province to end discrimination and to break down barriers that vulnerable groups face. One such barrier is “people zoning.”  In a recently released guide for municipalities In the zone: Housing, human rights, and municipal planning (available online at www.ohrc.on.ca), the OHRC outlines human rights principles and recommendations that are relevant, not only to the housing context, but to the service area as well.

In the Kitchener case discussed above, the OMB examined the issue of “people zoning”:

…when asked why counselling services were also being banned from [a particular] area, the City’s planner replied that the community did not want social service users walking through the neighbourhood to counselling: “That would add to the negative social environment.” That left little doubt that the focus was not on the uses, but the users.

Any amendment the Town considers making to its zoning bylaws must not “people zone”. Zoning decisions must not violate the Code and bylaws should neither target, nor have a discriminatory impact on people with addictions. There needs to be a genuine planning purpose for all decisions, and the Town should work to ensure that the needs of people with addictions are accommodated in any planning changes it makes.

At any public meetings about potential zoning amendments, it is important to avoid using or allowing the use of stereotypes about people who use methadone, such as their being undesirable, prone to criminal behaviour, or not part of the community. At any meetings the Town may have, you need to interrupt and address biased commentary, and redirect discussion to legitimate planning issues.

The OHRC is available to assist you with this issue. For more information please contact Margaret Flynn, Counsel, at 416-326-9858,Margaret.Flynn@ohrc.on.ca, or Delna Karanjia, Inquiry Analyst, at 416-314-4542, Delna.Karanjia@ohrc.on.ca. We would also be happy to meet with you to talk about ways to address this situation.

The original letter can be found on the Ontario Human Rights Commission’s website.