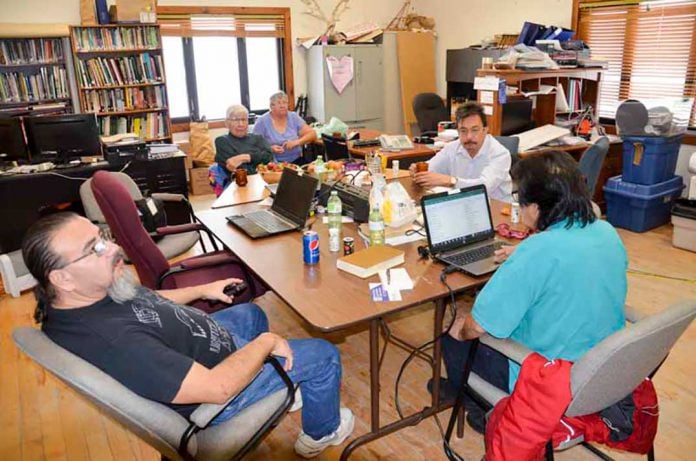 OTTAWA—The latest StatsCan figures on life in Canadian homes have been released and, according to the data, Indigenous languages spoken in the home appear to be on the rise overall, although some that does not hold true for all provinces, there appears to be a slight decline in Saskatchewan.

Not everyone is taking the data at face value, however. Wiikwemkoong Unceded Territories Ogimaa (chief) Duke Peltier suggested that at least some of the data may be skewed by a greater uptake in the national survey by Indigenous communities.

“There are more people filling out the surveys,” he said. For many years the national survey was viewed with some suspicion by Indigenous communities and many chiefs suspected the data from the surveys was intended to reduce or counterbalance membership and residence figures upon which federal funding was based. But those days have largely passed.

These days it is generally recognized that the StatsCan data is augmenting the position of the leaders of Indigenous communities, highlighting the shortfalls in living standards and services in First Nations and Inuit communities relative to those enjoyed in the rest of Canada.

“It’s backing up what we have been saying all along,” said Ogimaa Peltier.

But when it comes to learning languages, the elastic brains of children younger than 10 have been demonstrated to have an easier time picking up another language and the rise of emersion programs in First Nations communities, such as many of those on Manitoulin, is quite likely playing a role in the rise.

In the 2016 census there are 1,625 speakers of Indigenous languages living on Manitoulin, divided 800 male to 825 female. Of those, 1,085 list Ojibwe-Potawatmie, and 1,455 list Ojibwe, divided 715 male to 740 female. The number who list the language as being “spoken in the home” is much smaller in every category, however.

Canadians in general are becoming more bilingual as defined in the mainstream Canadian sense, that is fluent in French and English, overturning a trend that has been in play for more than a decade as numbers of those claiming to be bilingual had largely tended to stay static.

With the steady influx of immigration from non-traditional sources having risen dramatically over the last few decades, it is hardly surprising that new languages are also on the rise nationally. The number of Canadians who speak a language other than French or English at home has risen 14.5 percent since 2011 to 7.6 million.

As of 2016, the national rate of bilingualism in Canada jumped to 18.0 percent, the highest recorded since 1901. Canada’s national bilingualism rate has been roughly 17.7 percent for the past 15 years, outside of Quebec, most provinces and territories experienced a decline in bilingualism between 2006 and 2011. Bilingualism is on the rise in a every single province and territory, excluding British Columbia and Manitoba. The areas that experienced the sharpest rise in French and English speakers were the Northwest Territories, New Brunswick, Yukon and Quebec, of course.

Quebec has the highest rate of bilingualism within its population, with 44.9 percent. New Brunswick is a second at 34.0 percent, with Yukon, Prince Edward Island, Ontario, Nova Scotia, and the Northwest Territories all having bilingualism rates above 10 percent.

According to the 2016 data, most native English-speakers outside of Quebec achieve bilingualism in school between the ages of five and 19. For the first time, however, bilingualism increased for all student age groups, particularly students in the 10 to-14-years-old group.