COLLINGWOOD—George Czerny-Holownia, now 73, was a young man of barely 19 when he and a friend travelled on a junket to Mackinaw Island that included stops on Manitoulin and Wiikwemkoong. It was while having lunch in Wiikwemkoong that he spotted a familiar face.

“I looked over and there was Lester B. Pearson (Canadian prime minister and the MP for Algoma) just sitting there having lunch. There was no security detail or anything. He was just an ordinary person having lunch.”

Mr. Czerny-Holownia didn’t want to interrupt the great man at his lunch. He waited until Mr. Pearson finished his lunch and left the restaurant before snapping a series of photos. “I took all kinds of photos on that trip,” he said.

Over the years, Mr. Czerny-Holownia has revisited those photographs, seeking to find the names behind a number of the images he forwarded copies onto The Expositor several years ago seeking identification of the individuals in the pictures, and he even brought the negatives to the Ojibwe Cultural Foundation (OCF)—but generally to no avail.

“I thought the photographs would be of interest to the OCF so I left the negatives with them and a couple of years later an envelope arrived with my negatives,” he said. “I was very pleasantly surprised.”

One day while Mr. Czerny-Holownia was looking through his photo collection, he decided to post them to Facebook in the hopes that someone would recognize the people in the images.

“It was just a spur of the moment thing—a whim,” he said. It took barely a couple of hours before the replies began pouring in. “I was thrilled,” recalled Mr. Czerny-Holownia. “It was the magic of Facebook. I don’t always have it on ‘public’ but I did this time.”

The first reply was “that’s my great grandfather!” The image was of the late John Wakegijig, a former chief of Wiikwemkoong. Another photo was identified by Martina Pitawanakwat as that of her great grandfather Joe Peter Pangowish.

The photos were quickly being shared across the social media platform and soon Mr. Czerny-Holownia had everyone’s names. “It took all of about eight to 10 hours,” he said.

The connections continued and began to fulfill the six degrees of separation theory.

Mr. Czerny-Holownia was soon able to reconnect with his old friend Alphonse Pitawanakwat, who now lives in Ann Arbor, Michigan. “We went to Scollard Hall (Boys’ College) in North Bay. He was from Wiikwemkoong, but we lost track of each other over the years—and he’s on Facebook.”

Mr. Czerny-Holownia recalled going to a powwow in Wiikwemkoong before those events were as common as they are these days. “I have always loved Manitoulin,” said Mr. Czerny-Holownia who published a book ‘George’s Georgian Bay’ with vignettes that include some Manitoulin Island communities. He republished the work in 2014.

There are a lot of negative things out there about Facebook, noted the photographer, but when it is used as a means to make connections between people, a lot of positive can come out of the platform.

“Photographs, especially of family and friends, are so precious,” said Mr. Mr. Czerny-Holownia.

Social media platforms, like much of what we see in life, has its positive aspects and its negative. “It’s all in how you use it,” he said. “Just don’t abuse it.” 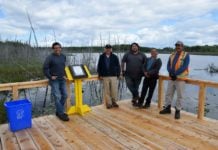 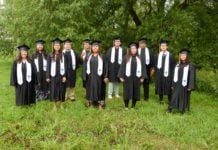 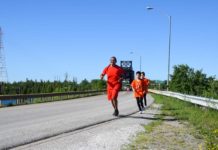 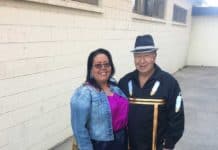 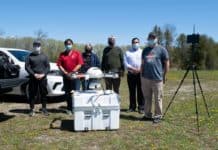 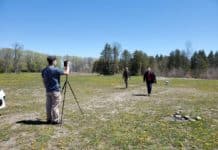