EDITOR’S NOTE: This week marks the third installment of Olympic Odyssey by Mike Brock, an Olympics television producer for the CBC, a special for Expositor readers.

There’s always something new to watch for at the Olympics. Rising stars you may not have heard of yet, a new technology—sport, or broadcast—and most years even some new events that you would never have considered “Olympic” sports. Tokyo will have all of this and more.

While the pandemic put a 12-month speed bump on the Games, that time also gave some up and coming athletes another year to get closer to prime time. Here are four of the notable new faces that you’re going to be hearing a lot about, in Tokyo, and beyond.

The Chinese have dominated the sport of diving for a long time, and every four years, it seems like a new star is at the top of the ladder. This year, it will be Lin Shan. In 2018, at the age of 16, Lin burst onto the scene, winning all three events at the Youth Olympic Games in Buenos Aires. To excel at both the three-metre springboard and the 10-metre platform is a rare feat. She’ll be expected to contend for a few medals in Tokyo.

David Popvici is a 16-year-old swimmer from Romania who is heading to Tokyo with the fastest 100-metre freestyle time in the world this year. In early July, he broke his own World Junior Record at 47.30. That the 100 freestyle is an event typically featuring much larger men who are also at least a decade older makes his recent progress all the more stunning.

Katie Ledecky was 15 when she made her Olympic debut for the United States in 2012. Since then, she has been nothing short of the greatest swimmer in the world. While she is again expected to dominate in Tokyo, Canada’s Summer McIntosh is eliciting the same whispers that Ledecky did nine years ago. Only 14, from Etobicoke, McIntosh has been a stand out swimmer on the provincial level for at least five years. She consistently sets new standards for every age bracket she has passed through. But, for the first time, she will be representing Canada on the Senior international level, so her age won’t matter a bit. Summer will be swimming the 200, 400 and 800 metre freestyles, as well as the 4 x 200 metre relay. Do you want to sound informed when watching McIntosh swim in Tokyo? Summer’s mother, Jill Horstead, swam the 200 Butterfly for Canada at the Los Angeles Games in 1984.

Less than two weeks after becoming a teenager, Britain’s Sky Brown will compete in the Olympics. She will be 13 years and 11 days old when she drops into the competition. Not only will she be the youngest British Olympian of all-time, she will already be one of the most recognizable athletes and one of the favourites in the event. She’s currently ranked 3rd in the world, and has a pretty fat resume already…on and off the board. A few years ago, she won the US version of Dancing With The Stars: Juniors. She has also competed in the X Games and came third at last year’s Park World Skateboarding Competition in Brazil. She has a chance to reach the podium in Tokyo for sure, but more importantly she will be a great story to watch as the sports of skateboarding becomes a part of the Olympic world.

Speaking of skateboarding’s Olympic onboarding, there are four other new sports joining the Olympic roster. Surfing, sport climbing, 3-on-3 basketball and karate. Baseball and softball are also returning to the Games after a 13-year hiatus.

Karate has its origins in Japan, so it makes sense that it would get showcased this year. It is unlikely that it will remain on the Olympic program, though. There will be two disciplines on display, “kumite” and “kata.” Kutime will have three different weight classes for each gender, while kata will have one men’s and one women’s division. In Kutime, you win when you have acquired eight more points than your opponent (points awarded based on the quality of punches and kicks landed), or if you have more points at the end of the match. In Kata, you perform solo, in front of judges, who award points based on the demonstration of both offensive and defensive movements.

The Winter Olympics have seen the influence of the X Games for a number of cycles, and the Summer Games are starting to catch up. Skateboarding, the original X Game sport, will finally make its debut. There will be men’s and women’s competitions in both the “Street” and “Park” disciplines. Don’t count these sidewalk surfers out. It should be an impressive display of athleticism and there will be some colourful characters in the field, too.

Sport climbing is one of those sports that you have to see, to believe. The athletes combine strength, flexibility, speed and fearlessness to complete tasks that seem inhuman. The competition will hand out one set of medals for men, and one set of medals for women for a combined competition made up of three disciplines: lead, speed, and bouldering. Lead climbing is about getting the furthest up a 15-metre wall within a certain time. Speed climbing lines up two climbers side by side on a 95 degree, 15-metre high wall. Most of the top athletes are able to climb this four or five story building in about eight seconds. Finally, bouldering sees the climbers traverse a route on a four-metre wall without ropes in a specified time. If the sport is a hit, and stays in the Olympic lineup for the next few Games, then look for the IOC to eventually split the disciplines into three separate categories.

While traditional basketball remains the staple it has always been at the Games, International Basketball Association has been building the sport of 3-on-3 basketball for decades, and the Olympics have finally recognized it with inclusion on the Olympic program. It’s the Rugby 7s version of basketball. Two teams of three compete on a half court to see who can get to 21 points first, or whoever is leading after 10 minutes of play. Just like we all used to do in the driveway growing up. There’s a 12-second shot clock, too, so the game moves very quickly.

The final sport making its Olympic debut this year is surfing. We’re not exactly sure when during the 16 days of the Olympics the event will happen, but it will. Because the sport depends on the right conditions, the event will stay open—basically on standby—until the wind, weather and waves make it a fair competition. Even though they’re surfers, it will not be a totally endless summer. Once they start the event, the athletes it will take place over two consecutive days.

Perhaps the one new thing that will have the biggest impact at this year’s Olympics will be the IOC’s loosening of restrictions on the athletes’ freedom to express their beliefs. When American sprinters John Carlos and Tommie Smith raising their fists on the podium in Mexico 1968 to highlight racial injustice in their own country, they were vilified and sanctioned. Now, more than half a century later, with the world firing in all sorts of different directions, sport and its champions have an opportunity to provide direction. These games, and the athletes competing, can be a beacon for all of us to getting better to each other, and for each other. The eyes of the world will be on Tokyo for a few weeks, and if the athletes have an opportunity to use that audience to affect some positive change, then we are all better for it.

Next week, we’ll take you through a daily rundown for week one of the Tokyo Olympics—what to watch for and who to cheer for. Remember, while the opening ceremonies aren’t until Friday, July 23, a few events (including the Canadian Women’s Soccer Team facing off against the host Japan) will kick off on July 21. 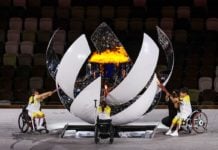 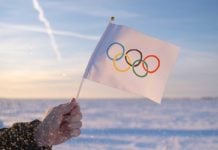 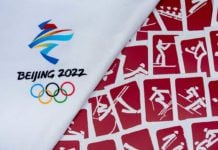