GORE BAY—Playwright Norm Foster’s work is synonymous with hilarity, but in comedy timing is everything and the chemistry between Ray and Helen Landry in Gore Bay Summer Theatre’s production of ‘On a First Name Basis’ take this show to a whole new level.

The Expositor caught the opening night edition of the play as part of the annual Rotary Club dinner theatre fundraiser on July 6, where the Burt Farms roast beef carved up in generous portions by Max Burt provided a sumptuous appetizer to the evening’s fare. The dinner offered theatre patrons a long-missed opportunity to catch up with old friends and make new ones and conversation was animated throughout the lower level hall of the Gore Bay Community Centre.

‘On a First Name Basis’ takes place on a November evening at the home of successful author David Kilbride, played by Ray Landry, and the interplay between he and Lucy Hopperstaad, Mr. Kilbride’s housekeeper of 28 years, Helen Landry.

Offered in repertoire with Gore Bay Summer Theatre’s drama ‘Molly Sweeney,’ featuring GBT stalwarts Tara Bernatchez, Walter Maskel and John Robertson, the set design for ‘On a First Name Basis’ follows a minimalist path that deftly evokes the setting without distracting from the interplay between the two characters. And that interplay is riveting.

Glancing around the theatre during the play, members of the audience could be seen leaning forward to take in the story unfolding on the stage, only to fall back in their chairs with laughter as the witty repartee between the two protagonists hit their marks.

Norm Foster is a master of the comedic genre and the dialogue scripted into ‘On a First Name Basis’ is a prime example of the brilliant writing that has made him Canada’s most produced playwright. But genius on paper takes exceptional talent to translate to the stage and the Landrys are two very talented actors.

Under the deft hands of co-directors Walter Maskel and Andrea Emmerton ‘On a First Name Basis’ the audience is swept into the world of Mr. Killbride and Ms. Hopperstaad, interrupted briefly by a 15-minute intermission. Members of the audience could be seen eagerly filing back to their seats even before the intermission was over and soon found themselves back in Mr. McBride’s sumptuous livingroom.

Mr. Beaudry’s self-absorbed Killbride is played to perfection and Ms. Landry’s animated facial expressions provide a story onto themselves, but it is the impeccable timing and delivery of the lines from these two stage veterans that demonstrate the true meaning of “the craft.”

Lighting and music played counterpoint to the action, accentuating the action taking place on the stage without overbearing or distracting attention.

Anyone looking for a delightful respite from pandemic induced tedium would do well to treat themselves to an evening of Gore Bay Summer Theatre. Remaining show dates are July 14, 15, 21, 28 and 30. Admission is $20 advance and $22 at the door (the door is cash only). Tickets can be obtained at the Gore Bay town office or by calling 705-282-2420 (Visa and Mastercard accepted). 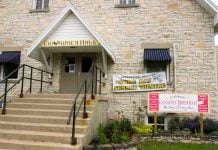 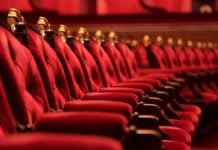 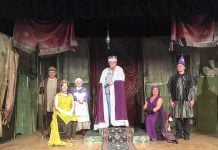