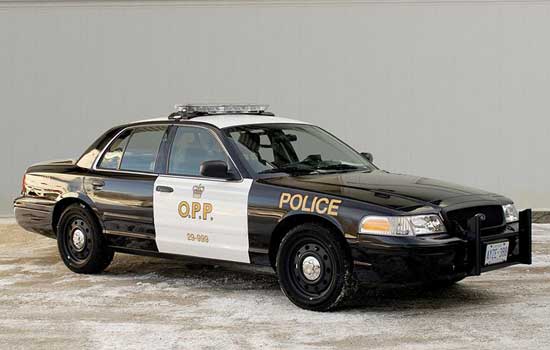 The rising OPP costs and the new billing model, which is to come into effect in 2015, has been widely discussed at municipal council meetings across Manitoulin and Ontario in general.

The estimated 2014 municipal OPP costs reflect a 8.55 percent salary increase after a two-year across-the-board salary freeze, however that will not be the end of increases for most municipalities, as the new billing model will lead many to see further increases in 2015.

The Expositor took part in a conference call last week with Ontario Provincial Police Association (OPPA) President Jim Christie, who provided more details about these changes and the effects they will have across the province.

Mr. Christie began by explaining the background behind the salary increase, stating “after two years of zero percent increases, the OPPA triggered the clause in their collective agreement which will be equal to, and not a penny more than, the highest paid police service in Ontario,” which equaled an increase of 8.55 percent.

“No other police service in the province has taken a zero percent increase,” he noted, adding that “the two-year freeze resulted in a “$5,000-$8,000 cost to each uniform member. This salary increase is simply a leveling of the playing field.”

Prior to discussing the new billing model, Mr. Christie explained that the OPP is Ontario’s largest municipal policing service provider and provided some statistics.

“Three hundred and twenty-four of 444 Ontario municipalities currently receive OPP policing, either with or without contract (153 on contract and 171 on a non-contract basis),” said Mr. Christie. “The current billing model is entirely based on the calls for policing service within a municipality; this is analogous to paying for a monitored home alarm only when it sounds.”

He explained that the current model created an unintentional inequity with “hub” communities receiving significantly higher calls for service than smaller adjacent municipalities, resulting in a “significant disparity in policing costs.”

This disparity led to calls from the Association of Municipalities of Ontario (AMO), the auditor general and the minister of Community Safety and Correctional Services (MCSCS) to the OPP, calling for a review of the billing model to increase transparency and fairness, Mr. Christie further explained.

During the creation of this new billing model, the OPP selected 65 municipalities at random and requested feedback on the current cost-recovery method, an OPP press release explains. During this feedback process the OPP had seven meetings across the province with 48 municipalities participating.

After the meeting, the OPP conducted a survey among all 324 municipalities receiving OPP policing, asking them to identify and rank municipal billing concepts.

“The new model is a combination of fixed infrastructure costs or base service level—the bricks and mortar, tires, fuel and equipment required to provide policing services, regardless of service level—and actual calls for service,” said Mr. Christie of the resulting new billing model. “All fixed costs are divided across all communities which receive OPP services, meaning that future growth will reduce fixed infrastructure costs through greater diffusion.”

In a press release from the OPP, they note that the base level or fixed costs under the new model will be equal to approximately 73 percent of the total OPP municipal policing costs, while calls for service will be approximately 27 percent.

The same release also notes that that the estimated average per household policing costs under the new model will be $369 (base service level of approximately $260 plus calls for service).

“I expect that there will be a motion at Wednesday’s MMA meeting to object to the new billing model,” Northeast Town Mayor Al MacNevin told The Expositor on Monday, ”but it will be different for us and other larger municipalities on the Island that will probably see policing costs go down under the new model.”

See next week’s Expositor for further coverage of this topic and the MMA meeting.