TORONTO—LCBO workers have delivered a resounding message of support for their bargaining team’s demands with a 93 percent strike vote.

The vote, held Monday and Tuesday, was called by the bargaining team late last month after what they described as management’s “complete lack of respect for workers,” an Ontario Public Service Employees Union release says.

Warren (Smokey) Thomas, president of OPSEU, which represents LCBO workers, said he hopes this clear result will “wake up this management team to the reality of the situation.”

“The fact is, these members are fighting to save this important public asset. The people of Ontario built the LCBO, paid for the LCBO, and own the LCBO,” said Mr. Thomas. “We’re not about to let the Wynne government destroy it through this piecemeal privatization.”

The OPSEU bargaining team will now return to the table with a strong mandate from their members, said Denise Davis, the team’s chair. She said they will tell management, “it’s time to end their regressive, anti-worker demands.”

“In all the rounds of negotiations I’ve been involved in, I’ve never seen the members this fired up. And it’s  no surprise-management’s proposals are far worse than anything tabled before. If we agreed to the employer’s demands, it would be lose-lose, both for the workers at the LCBO and for the people of Ontario who depend on the revenues from a strong LCBO to pay for everything from highways to home care,” said Ms. Davis.

“LCBO management has a decision to make,” said Mr. Thomas. “They can work with us and our team’s proposals to improve and safeguard the LCBO, and make it the great public asset is has the potential to be, or they can continue to push for the weaker, and meaner, LCBO the Liberals seem to want.”

“But if they do, they’d better be ready for a fight-one I can promise them they’ll lose,” added Mr. Thomas.

Job security, scheduling, and health and safety are among several major  concerns for the 7,500 LCBO staff represented by OPSEU. And the union has said the province’s “ill-advised plan” to sell alcohol in grocery stores is a key concern as it feels alcohol sales outside the LCBO could spell the end of the government-owned alcohol retailer.

The OPSEU collective agreement with the LCBO expired on March 31, 2017. 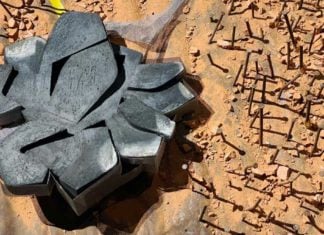