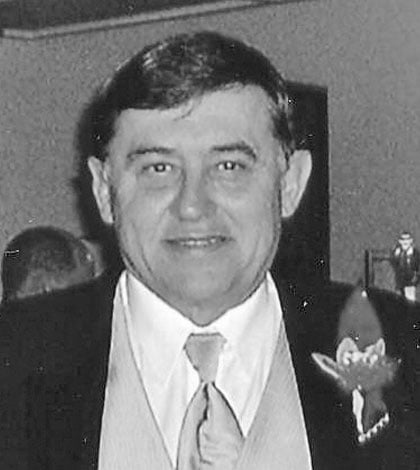 Paul Zahorec of Espanola passed away at the Espanola Hospital on Thursday, October 31, 2013 at the age of 72 years. Beloved husband and best friend to his wife Hester. Loving father of Jeffrey (wife Wendy) and twin granddaughters Alexis and Brooke Zahorec and Christopher (wife Helen) and step grandchildren Dalia and Micah. Paul is survived by his loving mother, Marie and siblings, Heather, Debbie, Gordon, Beth, Robert, Anna and Scott. Also, by special brother-in-law and sister-in-law, Godfrey and Barbara Cranston. Loved by nieces and nephews and so many friends. Paul was a friend to all and could not do enough for the town of Espanola and its people. He was a great champion of youth often heading up special fund raising breakfasts for children in need. Lionism was his second home. Paul received the Melville Jones award from his fellow Lions. This is the highest in Lionism. Paul worked hard to raise funds for the complex and the 32 long-term beds at the hospital. He was very involved in the United Church, on the Board and in the choir. For fourteen years Paul was involved with minor hockey in Espanola with his sons, always raising funds for the buses, etc. Paul was a Cub Scout leader in Espanola for many years. He had achieved his own status as a Queen Scout. Friends called at the Bourcier Funeral Home, Espanola on Sunday, November 3, 2013 from 2 pm to 4 pm and 7 pm to 9 pm. Funeral Service was from the United Church of Espanola on Monday, November 4, 2013 at 10:30 am with the Reverend Cory Vermeer-Cuthburt officiating. Interment in the Mountain View Cemetery, Little Current. If so desired, memorial tributes may be made to the United Church of Espanola.