TEHKUMMAH—The almost 54-year marriage of Patricia (Pat) and Reg Vanhorn of Tehkummah is one based solidly on good communication starting with the old fashioned pen and ink mode—it’s a relationship that began in the late 1950s as a pen pal friendship that blossomed into love four years later.

Pat explains that her older sister Ginny spent some summers on Manitoulin, vacationing with family friends. It was during this time that Ginny struck up a friendship with a young Reg Vanhorn from Tehkummah, remaining pen pal friends when Ginny returned to Ohio.

“When Ginny got to be a teenager, she became more interested in actual teenage boys then pen pals,” Pat recalls. “I wanted a pen pal so I asked her if I could continue writing, she said ‘sure’.”

Pat took up her pen at age 14 and for the next four years, she and Reg wrote each and every week.

“It’s amazing how you can get to know a person through letters,” she says.

Eventually, the time came for Pat and Reg to meet. The moment was unforgettable.

“It was love at first sight—it was serious right off the bat,” Pat recalls. “The chills, that feeling you get, the excitement of meeting someone.”

Pat graduated from high school in June of 1963 and married Reg, her pen pal, one month later.

The young couple moved to Mitchell, Ontario (just west of Stratford) after the wedding where Reg was employed at the time, eventually moving back to Manitoulin.

“You know these Island boys, they just can’t stay away,” she laughs.

After baby daughter number one was born, and the work wasn’t steady on Manitoulin, Pat and Reg made the decision to move to Ohio where the work was more plentiful—there they remained for 17 years.

After 17 years away, Reg’s ailing father began to need help with the family farm back in Tehkummah and so the Vanhorns moved, one last time, to Manitoulin in 1985 with their two daughters, Shelley and Angela. Reg farmed and did carpentry work to support his family. The pair now operate Watson’s Camp, situated on the shores of Lake Manitou near Sandfield.

The couple no longer has the letters that sparked their romance. The Vanhorn’s first house burned down, and with it a bushel full of letters.

“We’ve been through a flood in the States, our first house burned to the ground and Reg almost lost his leg in a tractor accident,” Pat says. “You get through all the difficult times and you deal with it,” she adds, noting that these things just make you stronger as a team.

The couple, who says that good communication is the cornerstone of their long and happy marriage, is now facing a barrier to that dialogue. Reg’s hearing is poor these days and despite using hearing aids he has a hard time making out words when people are speaking, which causes him frustration at times.

“Patience,” the grandmother of three says. “You have to realize that this is the situation that we’re in now.”

Pat notes that she sometimes catches herself speaking to her husband with her back turned which, she says, is incredibly unthoughtful as reading lips is now a key part of communication. This is just another test for the couple, but one they are happy to take on as long as they are together. 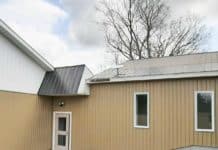 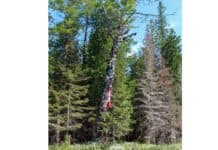 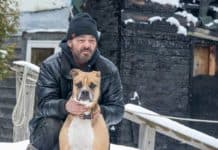