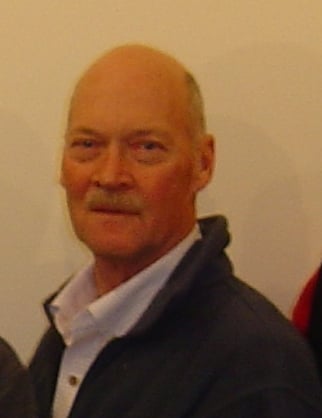 PENTTI ARNOLD PALONEN
Pentti Arnold Palonen passed away peacefully at home in his 76th year on Saturday, May 20. He will be sadly missed by his beloved wife of 50 years, Penny (Schell). Pentti leaves behind son Mark (wife Marcia) and granddaughters, Leah and Ariya of Bradford; daughter Senja (partner Rich Wheater) of Vancouver; and son Matti of Toronto. Pentti was predeceased by parents Eini (Heikkila) and Toivo Palonen. Sadly missed by sister Seija (husband Wayne Bailey) of Evansville, brother Albert (wife Lillian) of Sudbury and brother Roy (wife Teresa) of Courtice, sisters-in-law Barb Graham (husband Chris predeceased) of Pickering, Kathy Gadziola of Mississauga, and Pauli Schell of Owen Sound, and mother-in-law, Phyllis Britton of Owen Sound. Pentti was born in Toronto, but was raised on a farm near Copper Cliff. He attended Sheridan Technical School and then graduated with an Honours B.Sc. from Queen’s University in Kingston. He then went on to earn an M.Sc. and PhD at the University of Calgary. He worked as a geologist for the Ontario Government, first in Sioux Lookout and later in London, where he became the Provincial Petroleum Supervisor. He retired in 1999 to a 200-acre farm on Manitoulin with a managed woodlot. He enjoyed dancing, gardening, hunting, and working in his woodlot. Pentti was elected to the municipal council of Burpee and Mills in 2000, where he continued to serve as councilor and deputy reeve. He served on various boards of management and committees as part of his council duties. He was also elected to the Board of Directors of Espanola and District Credit Union and then served as a delegate for the Northern Credit Union. A Celebration of Life will be held at the Burpee Mills Complex on Saturday, June 8, at 11 am. Interment at Burpee Mills Cemetery. Cremation has taken place. Memorial donations may be made to Silver Water United Church or Mindemoya Hospital Auxilary as expressions of sympathy, and may be made through www.simpsonfuneralhome.ca The family wishes to thank Dr Chantelle Wilson as well as Dr Jordon Herst and Dr Andrew Knight at the Health Sciences North and Correactologist, Michael Lapoint for their outstanding care.