MANITOULIN—Canadians were shocked to see the devastation done by wildfires in Alberta in May and June and the displacement of 80,000 people from Fort McMurray and surrounding areas.

Canadians, including Islanders, immediately reached out to help those in need and Red Cross donations hit $86 million in 10 days with the amount raised to be matched by federal government funds. Firefighters from other countries came to help with the firefighting effort and included indigenous firefighters as well as teams from Mexico, the United States, the Northwest Territories and South Africa.

A situation that was also on people’s minds was ‘What about the pets?’ Many cats and dogs had to be left behind as people were forced to grab what they could and leave their homes or were at work or out and could not get back to their homes. It soon came to light that RCMP members and emergency workers were watering and feeding any animals they could. Also, according to CBC news, 600 pets from Fort McMurray were rescued by the Alberta SPCA and housed in an Edmonton warehouse until they could be reunited with their families. This was not just cats and dogs that were taken in, but also lizards, hedgehogs, rabbits, snakes and birds.

On Manitoulin a special posting went out saying, “Our hearts go out to the people of Fort McMurray and so, here at Manitoulin Pet Rescue we are reaching out to all our members and animal lovers on Manitoulin and surrounding areas in helping us raise funds to send to the Fort McMurray SPCA Disaster Relief Fund that is used to help the pets that have been displaced due to the wildfires.” On June 10, Julie McDermid posted a thank you to everyone that donated money and said, “We are happy to report that we will be sending a cheque to the SPCA in Fort McMurray for $441.”

Hundreds of dogs and cats have been reunited with their owners in Alberta, but 65 exotic animals were still in the care of the Alberta SPCA as of June 9. 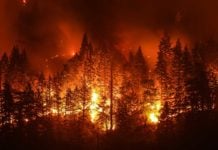 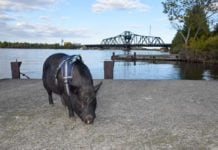 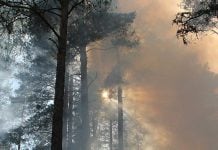 2020 could be above-normal year for wildfires in Northeast 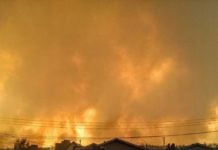 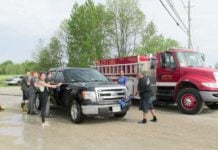