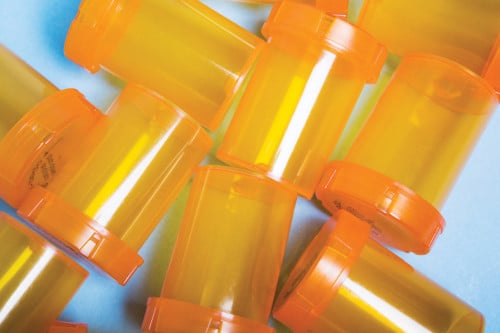 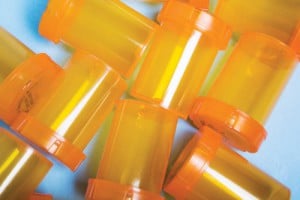 MANITOULIN—A sudden shortage in generic drugs due to a fire at a laboratory in Quebec is shining a light on an increasingly frequent problem faced by hospitals and pharmacists: drug shortages.

For the past two years, pharmacists have been seeing sporadic and random shortages of generic drugs available to stock their shelves, and it is a problem that, while not new, has increased significantly in the past two years.

For the past 22 years, pharmacist Carol Robertson has been dispensing prescriptions from her store, Robertson’s IDA, in Gore Bay. Across the Island in Little Current, Chris Gauthier has been serving clients at the Little Current Guardian Drugstore for a bit more than a decade.

Both say they’ve seen an increase in the number of shortages.

According to Ms. Robertson, the biggest shortage right now is in the injectable drugs made by Sandoz, the generic branch of Swiss pharmaceutical company Novartis. On March 4, a fire ripped through Sandoz’ laboratory in Boucherville, Quebec. The fire severely damaged a portion of Sandoz’ manufactory, leading to a decrease in available injectables. Sandoz-made drugs were already in decreased supply as the company was working to improve quality control after a batch of contaminated drugs in the United States led to multiple deaths.

Switching to another provider of a generic drug is one option, explained Ms. Robertson and Mr. Gauthier, but there isn’t one always available. In the case of Sandoz, the company provides hospitals and pharmacies with 225 different types of generic drugs. Out of those 225, it is the sole provider of 140.

“We’ve seen a pattern in shortages in the generic industry for the past year or so,” Mr. Gauthier explained. “It’s popping up all over the place.”

“One day we might be short heart medication,” Mr. Gauthier said. “The next day it might be pain medication.”

One thing the shortages are is frustrating, the two pharmacists agreed.

“It’s frustrating for us as pharmacists because if something becomes unavailable across the board, we have to start looking for alternatives,” Mr. Gauthier explained. Those alternatives could include creating a prescription out of a lower-strength version of the medication, meaning the pharmacist has to adjust dosage, switching to a similar but different medication entirely, or working with the patient’s doctor to switch medications entirely.

“Sometimes we have to tell our patients to come back in a day or two because we have to figure out what to do with their prescription or we have to order in medication from elsewhere,” Mr. Gauthier explained.

The worst case scenario for patients, other than having no options, is having to switch to the brand name version of the drug.

The price difference can be steep, especially since Ontario law caps the generic drug price at 25 percent of the full value. That is one of the factors contributing to the shortage, in Mr. Gauthier’s mind.

“The drugs are still expensive to make,” he explained. “The companies aren’t making huge profits on these medications and some have pulled out of the market.”

Roughly 10 years ago, a generic drug company named Hospira pulled out of the market, shifting the burden of supply to Sandoz.

Manitoulin Health Centre (MHC) CEO Derek Graham said that while the shortage is affecting the hospital, it hasn’t run into any difficulties at this point.

“There’s no acute need at this point,” Mr. Graham said. “We’re good.” He noted that because of the size of the hospital, it is hard to predict supply and demand.

“Sometimes we have a big, sudden demand on medication,” he said. “Then we can go months without needing those medications.”

Most of the drugs the hospital requires on a regular basis have remained fairly well in stock provincially, not dropping below 75 percent availability.

However, Mr. Graham noted that hospitals and pharmacies had “all their eggs in one basket,” due to the government’s drug policies. Those policies have resulted in single-source suppliers for many medications, not just in the case of Sandoz.

“This is a wake up call for federal and provincial governments,” Mr. Graham said. “They will have to look at resiliency in the system so this stops happening.” 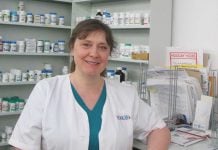