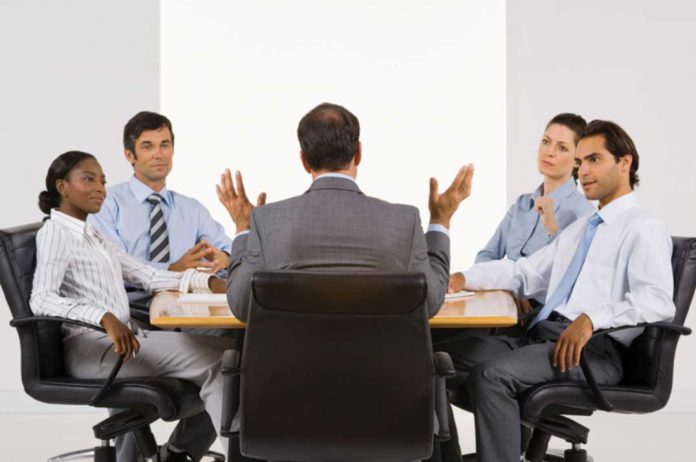 GORE BAY—The Manitoulin Planning Board (MPB) has voted unanimously in favour of a motion that all its reserves remain within the board. The Town of Northeastern Manitoulin and the Islands (NEMI) feels it should receive a share of the reserves, in the amount of $29,040, since leaving the board and launching out as its own planning authority this year.

“Since I put forward a previous motion on this issue and information had been exchanged (between the MPB and NEMI) and Elva (Carter, former secretary of the MPB) had corresponded our position back to the Town, I thought they (NEMI) would come back with something more reasonable,” said Lyle Addison at an MPB meeting this past Tuesday. “Now they are looking at getting a lawyer to see if they are going to take legal action for these funds, and in turn they have also called me a liar. If we were to give something to them now (from the reserves), I’m sure it would be perceived as if we were admitting we owe them something, and I think they would take this to the bank. I will put forward a motion that the funds remain with the board, the same motion I made previously.”

“I certainly agree assets of the corporation (MPB) are corporation assets and we have no obligation to divvy this up with a municipality that unilaterally withdraws,” said Richard Stephens. “And I stand by this.” However, “on the other hand, we have a sister municipality that we have dealt with for 40 plus years, and I feel that a donation being made to assist them in setting up their operations would not be detrimental to our health.”

Ian Anderson said, “I agree with Richard. Looking at this in a purely common sense approach as Richard so eloquently stated, Manitoulin Island is unique geographically; we rely on our neighbours more than other places do.”

“I agree the reserves are for us to do as we please,” said Mr. Anderson. He noted that to make a donation to NEMI would require a separate motion and that this could be looked at in the future.

Doug Head said, “taking into account a common sense approach and the past history of all of this, I would give them nothing.”

“We would have to make sure that this that it would be considered a donation,” said Mr. Addison.

“I agree the money is ours,” said Lee Hayden. “The olive branch in all of this is that they have requested our help in mapping, and we provided (NEMI) with numbers (costs) this would take. Maybe there is room for movement on this amount. Maybe this could be considered.”

Mr. Addison said the board, specifically secretary-treasurer Theresa Carlisle, has been providing goodwill by providing assistance to the NEMI staff who is working on the town’s own planning authority.

“I am not in favour of giving anything back from the reserves, they belong to the board,” stated Dan Osborne.

Eric Russell also said, “I think it is pretty black and white, that the money belongs to us (MPB).”

Mr. Moffatt said, “it was NEMI that instigated a divorce from the board. The motion is a good motion.”

Austin Hunt noted, “it behooves us to do what we can; we should try to work this out with them. But it is the office staff that has done their job and this is really where the savings have come from over the years. If they (NEMI) are going to make this a legal issue both parties are going to lose.”

Board Chair Ken Noland said if the board decides to provide some money in the form of a donation to NEMI at a later date that is one thing. But he suggested a decision needed to be made by the board as to whether the reserves belong totally to the MPB. He also noted under provincial legislation the reserves accumulated by the MPB are theirs. “If the planning board was to dissolve, all municipalities would share in what is in reserves which would be divided up evenly.”

Earlier in the meeting Mr. Noland noted that “I have a comment relating to our November meeting. I’m not sure I didn’t make an error in calling the vote (which was on whether the reserves would all remain within the MPB). “My understanding is a motion had been made that the reserves remain the boards. My recall is that Richard (Stephens), Ian (Anderson), Lyle (Addison) and Aus (Hunt) abstained on voting.” He said at the time it was understand that these votes were against the motion, but under Roberts Rules of Procedure abstaining from a vote is not a vote in favour or against a motion. At the meeting, former NEMI MPB member Melissa Peters voted against the motion, with five members of the board voting in favour of the motion. With four members abstaining from voting, it works out that the vote should have passed-meaning the board voted in favour the reserves staying with the board.

“What all this means is that the vote was incorrect and that it actually passed at that time,” said Mr. Noland.

Mr. Noland said the previous vote can stand, a motion can be made to rescind it and a call for a new vote can be made.

Mr. Addison said, “I think we should rescind the previous motion regardless. I think tonight’s vote will be more unanimous.”

“NEMI is only interested in getting one-third of the reserves,” said Mr. Head. “And now they are seeking legal advice. Regardless of what they think over the years, they didn’t contribute 33 percent of the reserves. If we have to go to court on this issue we will be spending all the money in reserves on lawyers.”

Mr. Anderson agreed that this is exactly what is going to happen, that the MPB will end up having to get legal counsel as well. “Potentially, we will have to hire a lawyer to defend our position. I agree, the reserve amount could potentially get used up in legal action.”

He recommended the board rescind its previous motion and put forward another one.

The board then voted unanimously in favour of a motion that the reserves will remain within the MPB.

As reported in last week’s edition of the Recorder, NEMI council has directed staff to seek legal advice to get its perceived $29,040 share back from the Manitoulin Planning Board (MPB) reserves since leaving the board and establishing its own planning authority.