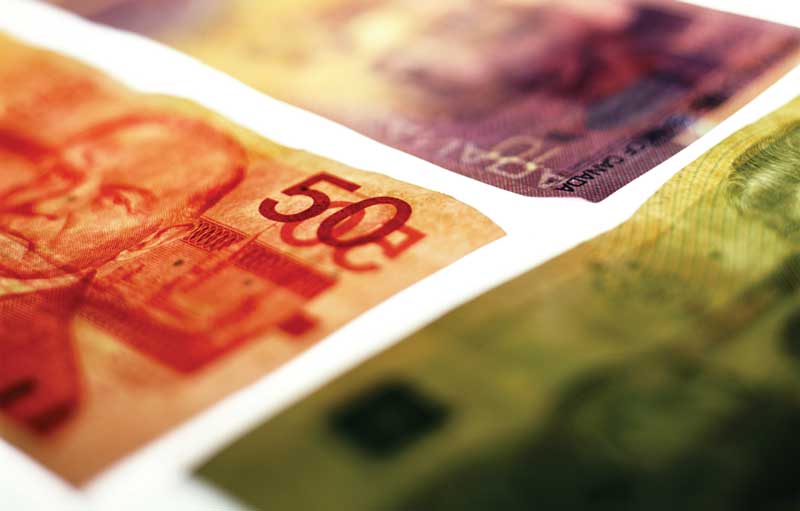 The good citizens who have stepped up to take office in our local municipal councils on Manitoulin are more and more beleaguered by the demands placed on them by ratepayers on the one hand (who naturally desire as low a tax rate as possible) and by the external burdens associated with the cost of services which must be borne by the municipality, and hence the taxpayer, over which the councilmen and women can exert frustratingly little or no controls.

In the late 1990s, during the Progressive Conservative government led by Premier Mike Harris, rural municipalities across the province were grouped into what were called District Social Services Administration Boards or DSSABs, a name which has in recent times been shortened to simply District Services Boards or DSBs.

It’s not that they’ve grown more complex, for they haven’t: their mandate remains the same now as it did close to two decades ago. They are mechanisms, with their own administrative forces, whereby a variety of services (social housing, such as Woods-Lane Apartments in Gore Bay, Channel View Apartments in Little Current and their counterparts in Mindemoya, Manitowaning, Espanola and Chapleau; land ambulance services, including urgent and, more recently, non urgent patient transfers; and the provincial welfare system, now known as Ontario Works) are delivered to relatively small DSB regions across Ontario.

The government of the time established the DSSAB/DSB system as a way of meting out the costs of operating these various services directly to the small groups of mostly rural municipalities each DSB unit contains.

When these services, and others like them including the currently-popular topic of the cost of Ontario Provincial Police services were direct provincial responsibilities, it was difficult to break down the cost per household in, say, Billings, Tehkummah or Burpee-Mills for ambulance services, provincial welfare services, social housing or OPP services.

But with tiny administration units, it’s quite simple to download the actual cost of the services that are consumed directly by the citizens of the municipalities within the DSB unit. The ambulance bases within the territory (Manitoulin Island, Espanola, Chapleau and Killarny-French River) budget their anticipated costs for the next year and, through formulas developed when the DSSAB concept was new (and refined since) it’s fairly easy to calculate how much of the global ambulance budget must be borne by, for example, Burpee-Mills.

The clerk gets a bill and this becomes an enormous part of the local tax burden, and the bill also includes the other services the DSB administers locally.

The Ontario Provincial Police does deal directly between its head office and the municipalities it polices, but the formula is one determined by the provincial government and local councils simply get a bill to further disperse as part of its tax burden.

Virtually every citizen knows how this works, so what has been written so far in this commentary is simply a refresher course.

But there have been some changes, dramatic ones, since the DSSAB/DSB program was mandated around 1997.

The administration of very expensive services, for which the province of Ontario had previously largely paid the full tariff, was given to local user units who selected elected individuals from local councils to be on the boards of directors for our Sudbury-Manitoulin DSB and there are always three municipal representatives from Manitoulin Island on the local DSB.

When the province adopted this directed user-pay model, it recognized that this was going to mean a sudden and tremendous additional tax burden for small rural municipalities, many of them (like our own) with no industrial or large commercial tax base at all.

Accordingly, the Harris government gave money back to municipalities like ours to help pay these large bills. Not 100 percent relief, naturally, but it made the burden much less onerous.

The Progressive Conservatives called this assistance the Community Reinvestment Fund (CRF) and when the Liberal government under Premier McGuinty formed the government, they kept the program going but put their own name on it: Ontario Municipal Partnership Fund (OMPF).

Queen’s Park must have determined that, by now, Burpee-Mills, Central Manitoulin and Assiginack would be set to rise to the occasion to directly take on ever-greater portions of the actual costs of operating these essential services (including the OPP) because the offsetting revenues for small municipalities through the Ontario Municipal Partnership Fund have diminished year by year, just at the same time that the real costs of providing these services have continued to increase, and all of this is happening at precisely the same time that many small towns were forced to do enormously expensive upgrades to their municipal water treatment plants in the aftermath of the fiasco at Walkerton (where several citizens perished because of the incompetence of the water plant operators and many others suffered lifelong debilitating illnesses).

The costs of all of these services, which must be provided and, now, must be largely financed directly by the consumers are spiraling and spiraling.

The small municipalities on Manitoulin and elsewhere are demanding that the province take back the cost of OPP policing and one local municipal councillor last week advocated a province-wide public utilities corporation to somehow spread out the costs associated with small water and sewer treatment plants.

The thinkers at Queen’s Park, the policy people who advise the government on both practical and political matters must weigh in the balance the advantage of keeping our small, rural towns and municipalities vital and populated.

There are no sovereignty issues associated with whether or not people chose to live in Gordon/Barrie Island, the Northeast Town or Gore Bay. It’s not like the Arctic and the North Pole where Canada has to show the flag occasionally to let other interests know whose territory this is.

Manitoulin Island and other similar places are solidly a part of the province of Ontario. Our towns exist historically and came into being at a time when a family could manage to live and pay their bills based on farming 100 or 200 acres.

We know those days are gone and our local retail and service communities are, correspondingly, not as robust as they were even 40 years ago.

But does Ontario simply abandon them and keep piling the cost of services on to people who may wish to live here but, because of the absence of industry, will never be large wage earners?

If the clever people at Queen’s Park believe that the rural lifestyle is worth preserving, then they must soon revisit the Ontario Municipal Partnership Fund program that, in the first place, was designed to offset the direct costs of providing essential services to areas like our own and boost it back up to the level where it will make a difference so that municipal leaders will be actually able to consider fixing roadways properly (not merely filling potholes with cold mix asphalt), building sidewalks and increasing recreation opportunities rather than being eternally concerned about taxing ratepayers to pay the DSB bill and pay the OPP bill, or, rather, mostly taxing them simply to pay for these services over which they’ve no control, plus education, and being afraid to tax them even more to pay for the truly local services that, until recently, were the ordinary local domain of local councils and their municipal office staff.